Tunisia is a country in North Africa that is dominated by Arabic speakers. It is bordered by Algeria, Libya, and the Mediterranean Sea. The country has a land area of 63,170 square miles. Tunisia is home to approximately 11.5 million people. Its capital city is Tunis. There are several interesting facts about Tunisia as discussed below;

1. Tunisia Has The 4th Most Important City In The Islamic World 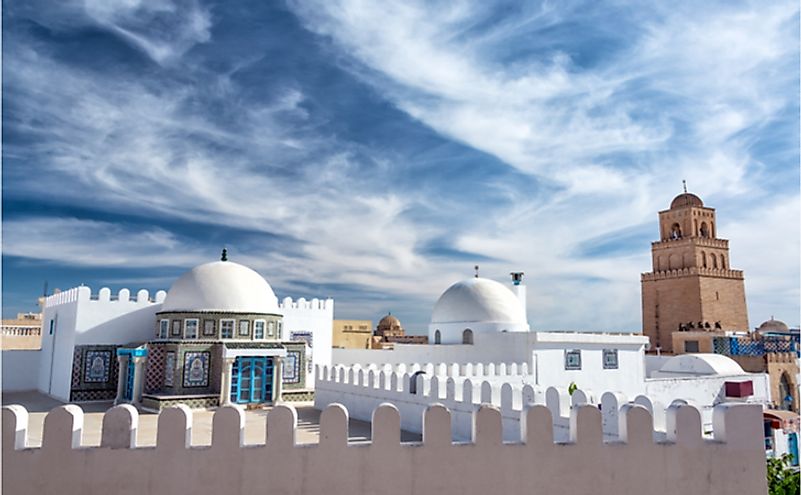 Muslims have several cities that they hold with the greatest honor because of their religious significance to them. The most important city to Muslims is Mecca in Saudi Arabia. Kairouan is the 4th most important city in the Islamic world after Mecca, Medina, and Jerusalem. This city was established in 670 AD by Uqba Ibn Nafi. It hosts the holy mosque of Ugba which is also a UNESCO World Heritage Site. Kairouan is a center of Islamic religious activities such as scholarships and Islamic teachings.

2. Tunisia Is A Women's Rights Champion In The Maghreb Region 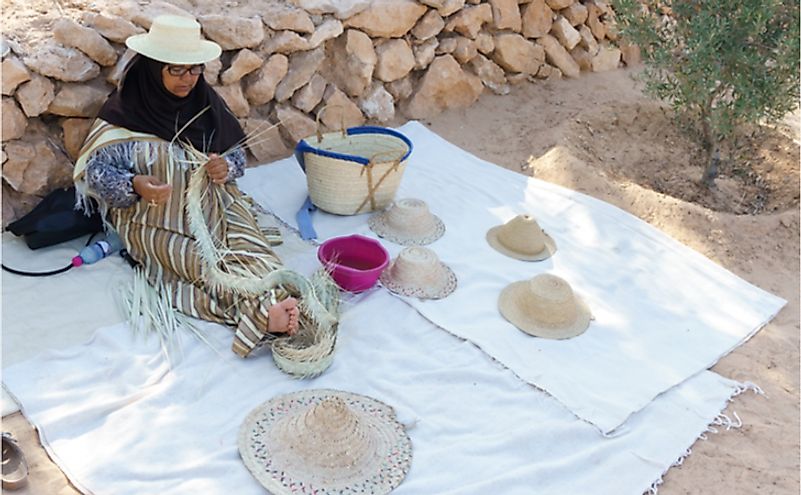 Tunisia is among the few Maghreb nations that exercise liberality in its governance. The country seeks to have equality in the enjoyment of rights between men and women. The country prides itself on allowing women to inherit land from their parents. Additionally, children can inherit both nationalities and family names from their mothers. 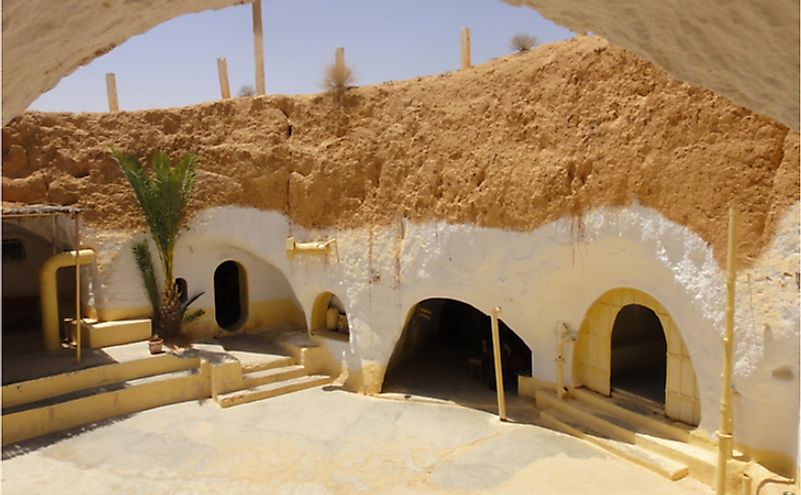 Matmata is a small town that is inhabited by the aboriginal Berber-speaking people. In the past, underground houses were built to escape the scorching heat and sun of the Sahara Dessert. However, today most Tunisians build their houses above the ground. It is only in Matmata that people still prefer underground homes to modern houses. The underground dwelling places are formed by digging large open pits whose walls are curved to make houses. One pit can house 5-9 families.

4. Tunisia Has One Of The World's Largest Amphitheaters 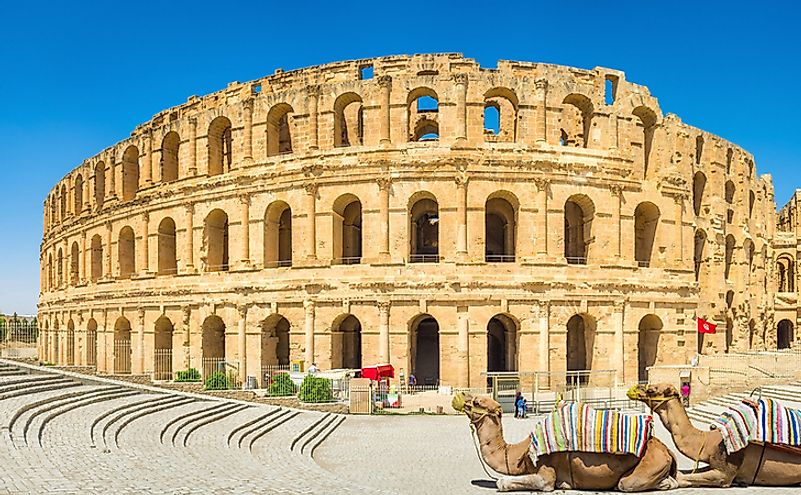 El Jem is one of the most ancient, yet best-preserved Roman ruins in the world. It was built in 238 AD when present-day Tunisia was part of the Roman province of Africa. Built for spectator events, El Jem has a capacity of 35,000 people. This building is also famous for being among the largest amphitheaters in the world.

5. The Medina of Tunis Has Over 700 Historic Monuments 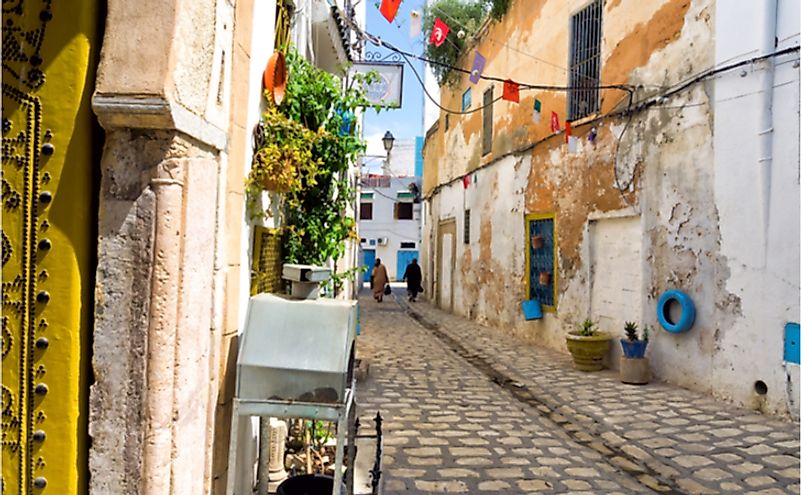 The Medina of Tunis is famous for its unique interaction between socio-cultural activities, architecture, economics, and urban life of the ancient human settlements within the Maghreb in 698 AD. It is for this reason that the Medina of Tunis was inscribed as one of Tunisia's UNESCO World Heritage sites in 1979. This historic Medina contains 700 monuments including mosques, madrasas, palaces, mausoleums, and fountains. Examples of these monuments are the noble houses of Dar Lasram and Dar Hussein, the El Attarine military barracks, and the mosques of Zitouna and Kasbah.

6. Tunisia Has Had Only Five Presidents Till Now

Habib Bourguiba was the first president of Tunisia. He held office from 1957-1987. President Bourguiba left office after a successful coup held in 1987. The next president was Ben Ali who ruled until 2011 when he was overthrown by the Arab Spring Uprising. President Fouad Mebazaa held office for a few months after the uprising as the drafting of the Constitution went on. In December 2011, Moncef Marzouki took over the office under the new constitution. He served as president until 2014 when the current President Beji Caid Essebsi took over. Thus, Tunisia has had only five presidents so far.

7. Red Is The Color Of Mourning In Tunisia

In most Western cultures, people wear black clothing to funerals. However, in countries such as South Africa, Ghana, and Tunisia, red is the color symbolizing mourning. Other countries have varied practices. For instance, the color of mourning in Thailand, Myanmar, and Iran are purple, yellow, and blue respectively.

Mount Jebel ech Chambi is the highest mountain in Tunisia. It is 5,066 feet high with its physical location being at Qasrayn in Tunisia. The mountain is covered by pine forest. It is also part of the Chaambi National Park. Unfortunately, this beautiful mountain has become a hideout for terrorists. As a result, the Algerian and Tunisian Armies are in the process of inventing strategies for dealing with this situation.

This page was last updated on November 5, 2019.
By Sharon Omondi