Due to its size and wide variety of climate zones and ecosystems, the Eurasian nation of Turkey, officially the Republic of Turkey, is known for having a large and varied assortment of native wildlife. It's been estimated that the country, which straddles the continents of Asia and Europe, is home to approximately 1,500 vertebrate species and 19,000 types of invertebrates. In terms of endemic species 23 amphibians, 23 reptiles, eight mammals, and 161 fish can be found in Turkey.

Also referred to as the mouse-deer, this hooved mammal is a member of the Tragulidae family and is native to the forests of South East Asia although one species is currently known to reside in the rainforests of Central and Western parts of Africa.  Known as the world's smallest hoofed mammal, chevrotains live either alone or as part of a duo. Turkish chevrotains tend to weigh between 1.5 and 17.6 pounds. The plant eating chevrotain is a ruminant which means that it has a specialized stomach which enables it to get nutrients through the process of fermenting its food before digestion. 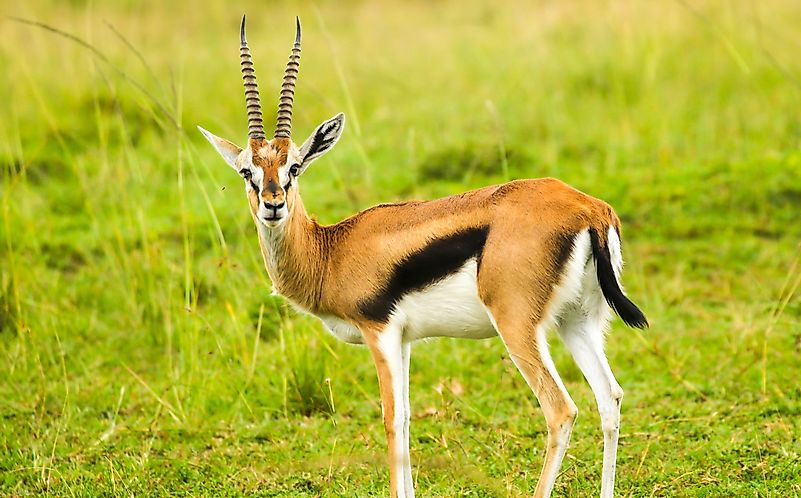 The gazelle is a mammal and member of the antelope species. One of the subspecies which roams Hatay Province, along the Syrian/Turkish border, is known as the Hatay mountain gazelle. Thought to be endangered this particular gazelle has reportedly grown in numbers in recent years due to local protection efforts. According to reports from 2009 only about 150 or so of these animals are known to inhabit the Turkish/Syrian border area. In 2018 thanks to conservation measures that number had risen to 757.

Also known as mountain sheep these wild mammals are considered to be near threatened. The word Argali is derived from the Mongolian word for "wild sheep". Considered to be the largest species of sheep in the world these mountain sheep usually stand about three to four feet tall and measure four to seven feet from head to tail. Females of the species, called ewes, may weigh between 95 and 220 pounds while males, known as rams, may be as heavy as 214 to 723 pounds. Living in herds made up of between two and 150 members, mountain sheep fed on vegetation such as grasses, flowering plants, leaves, and bushes. 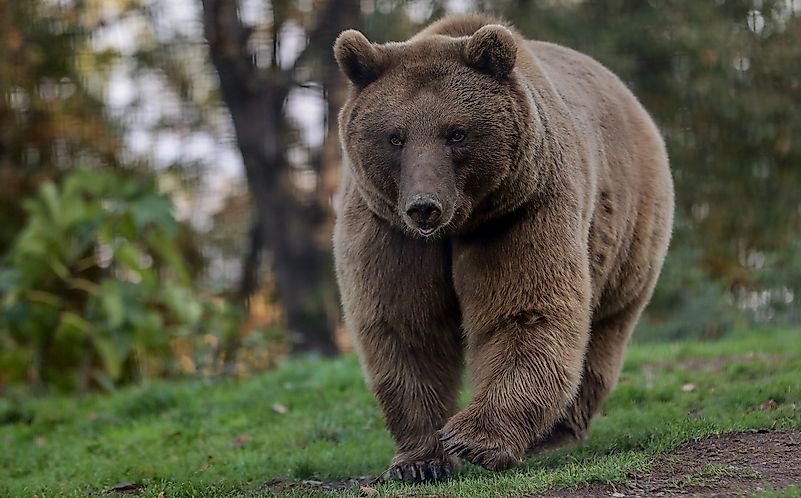 The brown bear is native to the northern forests of Turkey. They usually range in size from three to over five feet. Brown bears are considered to be the largest carnivores in Turkey. They are of particular concern to residents because they often feed on livestock, in particular sheep and cows. National efforts aimed at protecting the brown bear population in Turkey include the allocation of 3.6 million hectares which has been set aside for the purposes of conservation. Brown bears can also be found in fifteen of Turkey's 33 national parks. 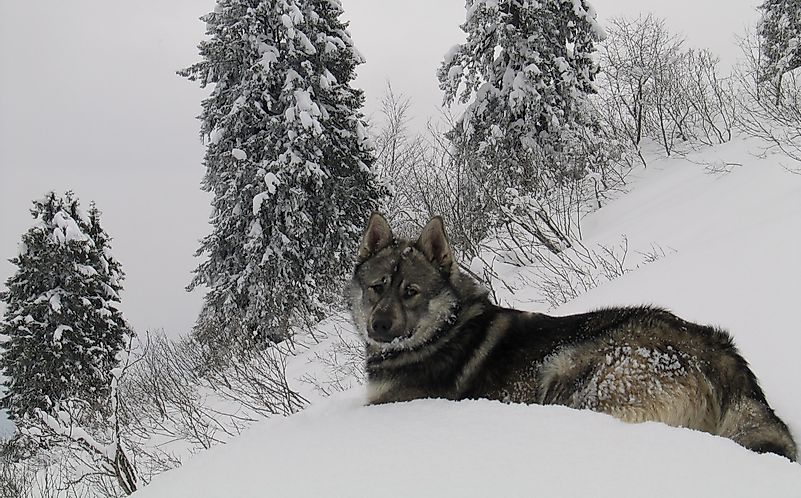 These fearsome carnivores, which have the designation of being the national animal of Turkey, can be found throughout the nation and are known for being the second largest wolf species. Often referred to as timber wolves, these largest members of the dog family can weigh between 79 and 98 pounds. Travelling in family units which most often consist of a helpmate pair these meat eaters live on a diet comprised of wildlife including deer, elk, moose, and buffalo as well as domestic prey such as cattle and other livestock. Grey wolves usually live between six and eight years in the wild while in captivity they may reach fifteen years of age.

Included amongst the numerous animals in Turkey that are considered to be critically endangered is the Mediterranean monk seal. Only about 500 of this particular species are believed to currently exist. This type of earless seal usually measures about 2.6 feet long at birth and can grow up to 7.9 feet by adulthood. Depending upon their gender these seals can reach a weight of between 530 and 880 pounds. Although Mediterranean monk seals may live to an age of 45 their average lifespan is between 20 and 25 years. These animals are active during the day and feed on a diet rich in seafood such as fish, eel, squid, and octopus. 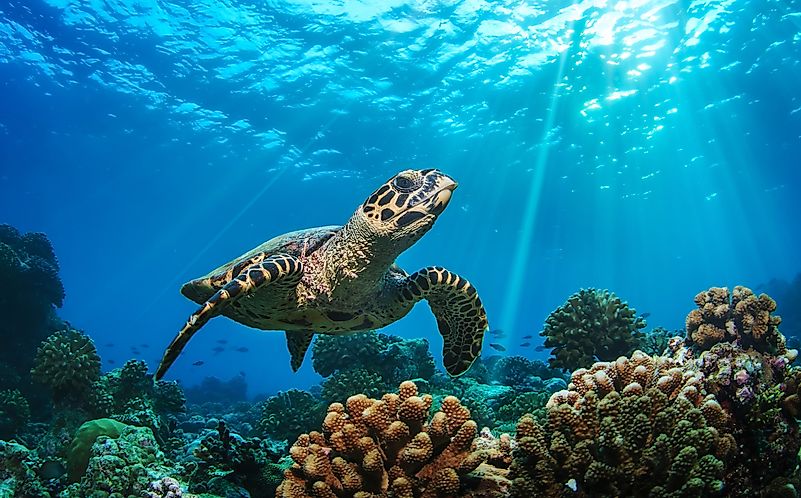 In terms of its conservation status this species of marine turtle has been deemed as vulnerable by the International Union for the Conservation of Nature. On average the dorsal exoskeleton of an adult loggerhead sea turtle measures 35 inches in length. Although the species usually reaches an average weight of 298 pounds some loggerhead sea turtles have been found in excess of 1,000 pounds. While their shells are usually reddish brown in color their skin may be yellow or brown in tone. As an omnivore the turtle consumes both plants and animals including a wide variety of fish, sponges, coral, jellyfish, sea urchins, starfish, and squid. 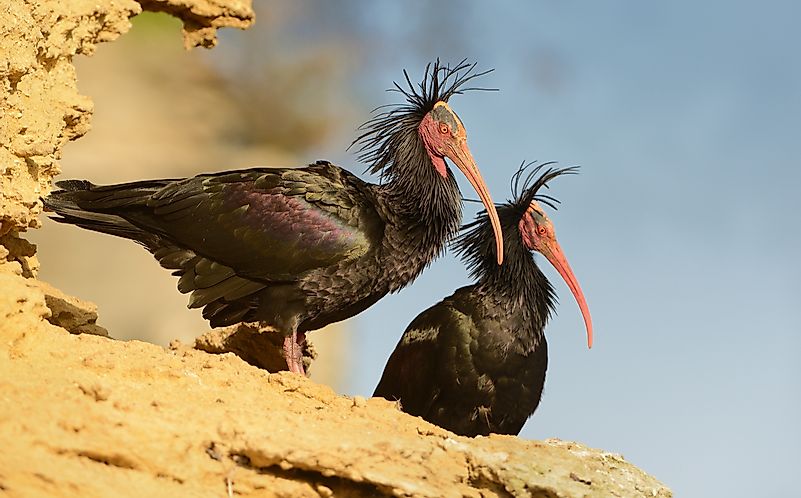 Also known as the hermit ibis, or waldrapp, the Northern bald ibis is an endangered migratory bird which inhabits parts of Turkey and Morocco. It can be found living in empty, rocky, near desert environments. Typically reaching lengths of between 28 and 31 inches this non-wading migratory bird's body is shiny black in color with a red head and face as well as a lengthy red toned curved bill. Travelling in flocks the northern bald ibis subsists on a diet rich in smaller animals such as lizards, spiders, scorpions, as well as insects such as beetles. 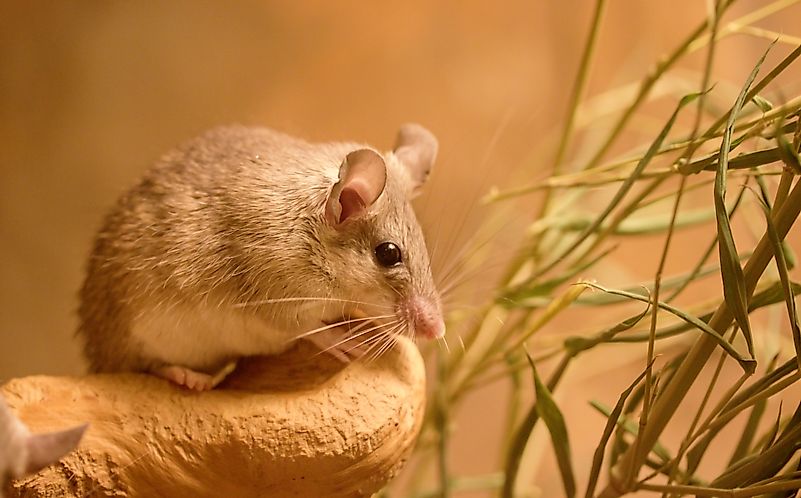 This member of the rodent family is endemic to Turkey and lives in large groups. Adult mice typically have body lengths averaging from 4.1 to 4.8 inches. Their tails may be four to 4.6 inches long. Because of their critically endangered status national efforts are being made to conserve and protect the dwindling population of the species. Typically these social animals, which have a lifespan of about four years in captivity, can be found residing in temperate forests as well as near populated communities such as those located in southern portions of Turkey.

This venonous snake is known by a variety of names including the Lebetine viper, Levantine adder, kufi viper, gjurza, coffin snake, and mountain viper. It can be found not only in Turkey but also North Africa, the Middle East, and Kasmir. With females being longer than males this large viper can reach lengths of between three and five feet. It is characterized by a large triangular head with a rounded snout. These snakes are currently listed as endangered. They can usually be found living in shady areas or beneath small trees.

C.L. Illsley hods a BA degree in English and a BFA. in Film Studies. She has written for various publications & websites including Montreal Rampage where she currently contributes film reviews & entertainment related articles.