Kentucky is a US state located in the East South Central region of the country. It is the only US state that is bordered by rivers on three sides, and its terrain includes forests, wetlands, prairies, and several caves. In fact, Kentucky contains approximately 12.5 million acres of forests, which makes up nearly half of the state's total area. Like many parts of the country, Kentucky has lost a significant portion of its native habitats. Historically, Kentucky had extensive wetlands, particularly in the flood plains of the Ohio and Mississippi rivers. However, coal mining and other ecologically destructive practices have altered the state's landscape. For example, natural savannas have almost disappeared, and less than 1% of the more than 2 million acres of grassland currently remain. With these habitat losses, certain animal species have also disappeared. However, a sample of the animals that continue to inhabit Kentucky is listed below. 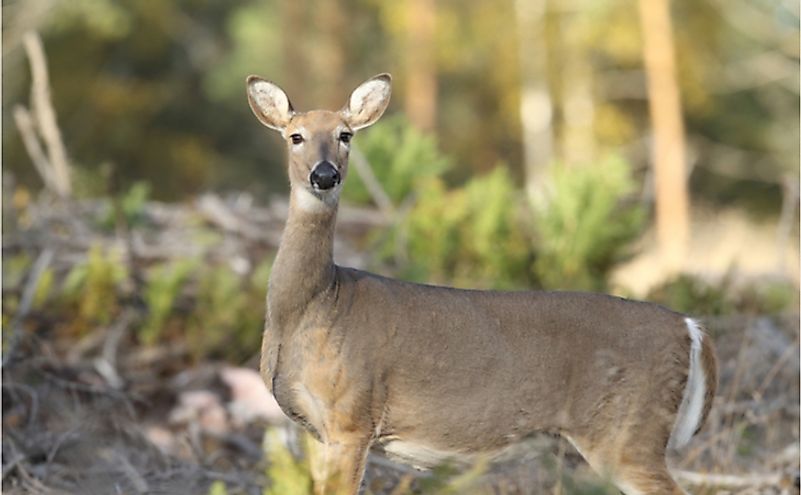 The white-tailed deer, also known as the Virginia deer, is a medium-sized deer found in Kentucky and other parts of North America, Central America, and parts of South America, such as Bolivia and Peru. The deer has a reddish-brown coat during spring and summer, which turns gray-brown during fall and winter. The deer is easily recognizable by its white underside, as well as its white tail. When startled, the deer raises its tail as a way of warning the predator that it has been detected. The deer usually weigh between 150 lbs and 300 lbs, although a mature buck could weigh as much as 400 lbs.

The red fox is common throughout the Northern Hemisphere, including Kentucky. The International Union for Conservation of Nature (IUCN) lists the species as one of "Least concern (LC)" because its population is stable. The red fox has been recognized as among the "world's 100 worst invasive species" by the Global Invasive Species Database. For example, the species was introduced in Australia and is regarded as harmful to the native birds and mammals. Unlike other species of fox, the red fox has the ability to quickly adapt to new environments. They consume small rodents and other animals, such as birds, rabbits, vertebrates, reptiles, and young ungulates.

The Virginia opossum, also referred to as the North American opossum, is one of the many animals found in Kentucky. It is size of a domestic cat and is typically a nocturnal and solitary animal. The species lives near urban areas, where it rummages garbage sites, and can occasionally be a nuisance. During the Great Depression, the Virginia opossum was introduced in the western United States, most likely as a source of food. The opossum is now distributed throughout most parts of the Pacific coast, and its range has expanded northward into British Columbia, Canada. 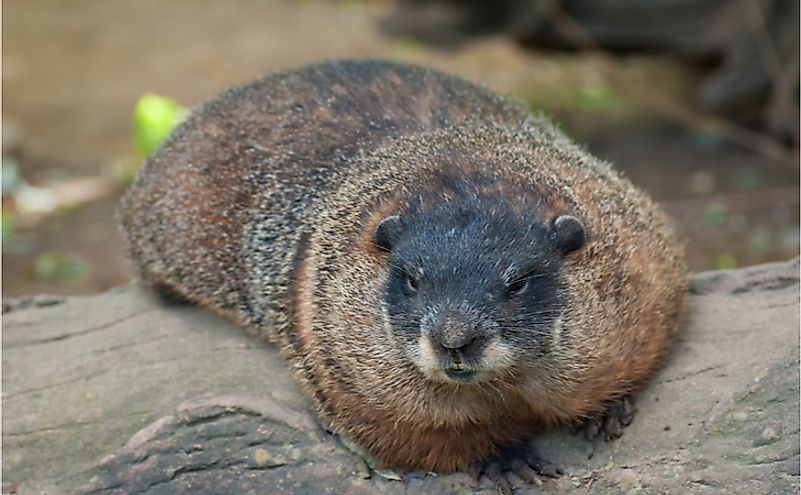 The woodchuck, also known as a groundhog, is a rodent belonging to the group of giant ground squirrels commonly referred to as marmots. The species was first described in 1758 by Carl Linnaeus. The woodchuck is a lowland animal found in the state of Kentucky, as well as other regions of the US, Canada, and Alaska. An adult woodchuck measures between 16.5 inches and 27 inches in length, and weighs between 4.4 lbs and 13.9 lbs. Males are typically larger than females, and like other marmots, they become significantly heavier during autumn. This seasonal change in weight indicates circannual deposits and use of fat.

The gray fox is a canid found throughout North and Central America. Historically, it was the most common type of fox in the eastern part the United States, although its population within the region has since become sparse. This regional population decline is the result of deforestation, which has enabled the red fox to be more dominant in the region. However, in the Pacific US states, the gray fox is still the dominant species of fox. The gray fox can be distinguished from other canids by its grizzled upperparts, black stripes on its downturn, and strong neck. It is the only American canid with the unique ability to climb trees.

The muskrat is a semi-aquatic rodent found in the state of Kentucky, as well as other parts of North America. The species has also been introduced in South America, Asia, and parts of Europe. It primarily inhabits wetlands in various types of climates and habitats. The muskrat plays a significant role in the ecology of wetlands, and has been hunted by humans as a source of fur and food. The species has an adaptable lifestyle, and its diet is mainly omnivorous.

The northern cardinal is a bird that is also referred to as the redbird. Native to Kentucky, the northern cardinal was named the state bird in 1926. The bird is also found throughout the eastern United States, as well as other countries including Guatemala, Belize, and Mexico. The species inhabits wetlands, shrublands, gardens, and woodland areas. The northern cardinal bird has a body length of between 8.3 in and 9.1 in.  It has a crest on its head, and males have a black mask on their face, while females have a gray mask. 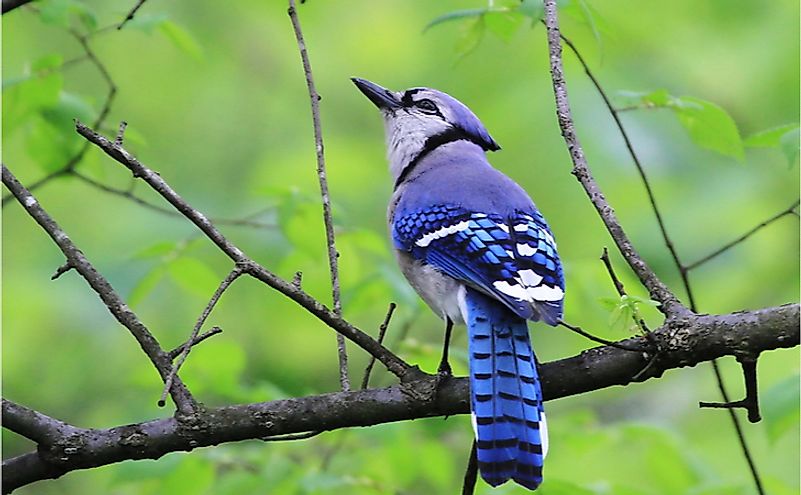 The blue jay is a passerine bird found in Kentucky and other parts of North America. The species breeds in coniferous and deciduous forests, as well as residential areas. It has a distinctive U-shaped collar on its neck, and both males and females are similar in terms of plumage and size. The blue jay's plumage does not change throughout the year. There are four subspecies of blue jay that have been identified to date.

The tufted titmouse is a songbird found in the state of Kentucky and other parts in North America. The bird has a gray upper body and black forehead, with a distinctive gray crest on its head, and is about 6 inches in length. The population of the tufted titmouse has been decreasing by more than 1.5% annually throughout the US since 1966.

Other Animals in Kentucky

This page was last updated on November 26, 2019.
By Benjamin Elisha Sawe