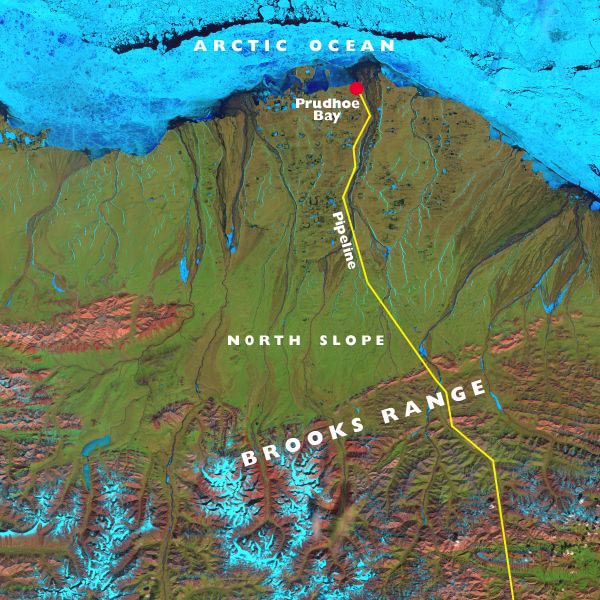 This base photo image of the North Slope by NASA

The North Slope region of Alaska begins along the northern edges of the massive Brooks Range Mountains, sloping gently downward to the coastline of the Arctic Ocean.

For many decades this massive region was thought to contain all of Alaska's known petroleum resources. Then, in 1968, significant petroleum reserves were also discovered in the Prudhoe Bay area.

To transport that oil, the 800 mile-long Trans-Alaska pipeline (shown) was completed in 1977. It carries that oil south to the port of Valdez on the Pacific Ocean.

Within the North Slope, beginning in the upper reaches of the Brooks Range Mountains, only the surface area of ice and snow thaw in spring, as the balance of the land remains frozen year-round.