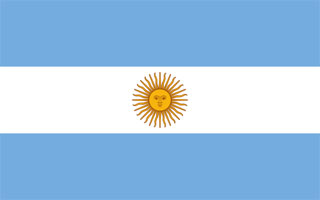 The current flag of Argentina was officially adopted on February 12, 1812.

The blue stripes upon a white field were placed on the flag by Manuel Belgrano, the leader of the revolution, and are said to be symbolic of the sky above, when the fight for the country's independence began. The golden sun, with the Sun of May face, was added to the flag in 1818. 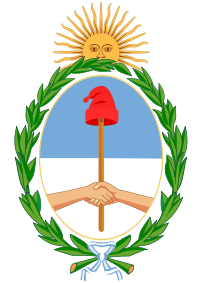 At the top of the Argentinian coat of arms is the golden Sun of May, signifying Argentina as a new and glorious nation rising to the surface of the earth. The cap at the top of the spike is the Phygian cap symbolizing liberty.

The two shaking hands symbolize the unity of the different provinces of Argentina. The blue and white behind the coat of arms symbolizes the Argentinian people and the beautiful land they inhabit. The spike under the cap represents the people's willingness to defend their land and protect their liberties.

The Catalan People - Cultures around the World