Discovered by Abraham Bristow in 1806, these hilly and mountainous volcanic islands are uninhabited, and remain a significant nature reserve, providing homes for large colonies of albatrosses, sea lions and other wild animals.

Located 362 miles directly south of New Zealand, all attempts to cultivate the land and to colonize the islands have failed, primarily due to the harsh weather conditions and the low-quality soil.

As a territory of New Zealand, the Auckland Islands use their national flag.

The current flag of New Zealand was officially adopted on June 12, 1902. It includes the British Blue Ensign (upper left), and a representation of the Southern Cross constellation, one that uses only four stars.

Composed of the remains of two ancient volcanoes, the Auckland Islands are subantarctic islands, and have a rugged and mountainous landscape, with steep cliffs bordering the shoreline and deep valleys in between.

Inlets carve out the islands on all sides, with the most notable being Port Ross on the northern end of the main island of Auckland. The southern end of the island holds the narrow Carnley Harbour, which separates the main island from Adams Island. This channel is the crater remains of an extinct volcano with Adams Island making up the crater rim.


A journey to the Auckland Islands will have you hiking up and over coastal cliffs, and through windswept forests.

These so-called "forgotten islands" of the South Pacific hold a rigid tourism schedule only allowing for a certain number of persons to visit each year, with most, if not all, arriving via scheduled cruise ships. Their strict rules are put in place to help conserve the island's unique ecosystem.

Frequent rainfall occurs year-round, typically 300 days of the year, with the annual amount around 535 inches (1,360mm).

The temperatures of the Auckland Islands have very little annual or daily variation, due to their sitting between the Antarctic and subtropical oceanic convergence, and range from 44°F - 51°F (7°C - 11°C). 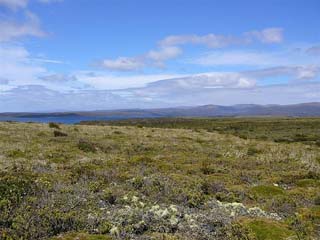 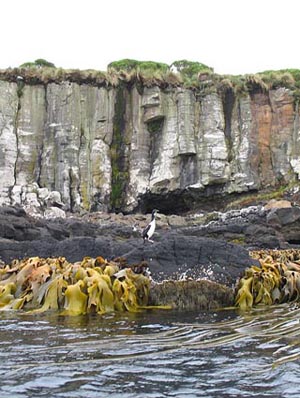 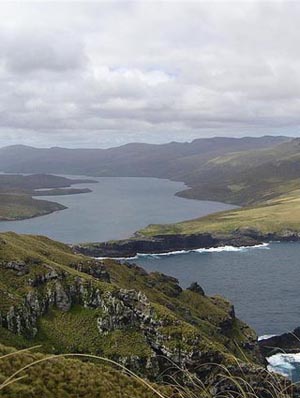 Which Country Has The Most Lakes In The World?