Key West vacations are typically lazy, sunny days on the beach, and nights on the town that often last till dawn. The island is loaded with flashy clubs, shops and restaurants, and prices in this 'Cheeseburger in Paradise' destination can be a bit on the high side. 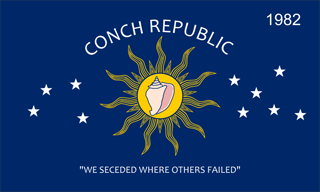 The Conch Republic micronation is a declared tongue-in-cheek secession of the city of Key West from the United States on April 23, 1982. It has been maintained as a tourism booster ever since. It began, and continues to be about the over-reach of government, however, the real official goal is: To bring "Humor, Warmth, and Respect" into a world in sore need of all three. Right on

The subtropical paradise of Key West is a great place to get away from the daily grind, and best of all, you can drive here from the Florida mainland. And if you chose to drive, you will cross over 40 bridges on this picturesque three-hour journey from Key Largo to Key West. 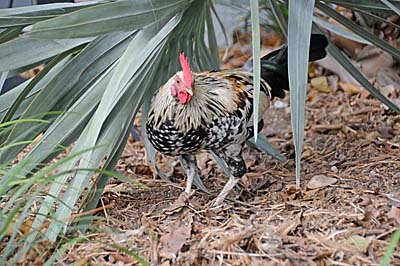 Roosters roam wild across Key West. You see them everywhere. A local told me that the last count exceeded 3,000. Tourists seem to like them while most of the residents want them gone. For now at least, the birds remain.