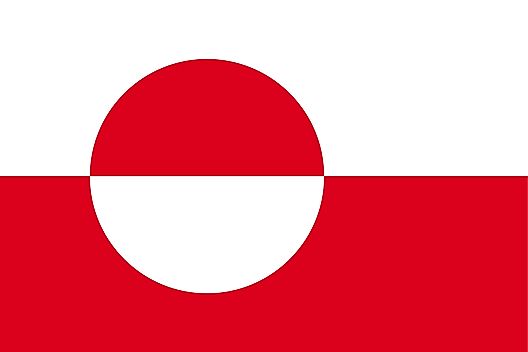 The Greenland coastline is rugged, mountainous, and for the most part, barren. The land then rises to a sloping icecap that covers (81%) most of the island. In places that ice has been measured at more than 11,000 feet (3,350 m) thick. Countless (mostly small) rocky islands ring the coastline central to south, and much like Norway, fjords are plentiful.

Some scientists have claimed that the Greenland ice sheet may actually conceal three large separate island land masses that have been bridged by glaciers since the last ice age.

In 2002, as the ice in the far north began to melt, it left a small island exposed to daylight. Additional islands are expected to be discovered if that melting trend continues.

There are nearly 40 glaciers covering the Greenland landmass, and one of the largest is the Peterman. Recently a chunk of ice broke off the Peterman; an area of ice 100 square miles and 600ft thick. It is now drifting in a remote area called the Nares Strait between Greenland and Canada.

Mountain ranges, either partly or totally buried by ice, fringe the toothy-edged coast. Greenland's highest mountains are the massive ice-covered peaks and exposed cliffs of the Watkins Range that run along its eastern coastline. The island's highest point is located there; Gunnbjorn's Fjeld 3,700 m, (12,139 ft).

Believe it, or not, hot springs are a common natural phenomenon in Greenland. In the far south on Uunartoq Island, they're warm enough to swim in. On Disko Island in the far-west, there are thousands of small hot springs.

There are twenty some rivers in Greenland. All ring the coastline and all are small melt water outflows from a nearby glacier on the Greenland ice sheet.

There are scattered small (summer lakes) across Greenland, all the result of glacier melt. These lakes drain away quickly, or freeze solid in the winter months.