St Vincent and the Grenadines's Information 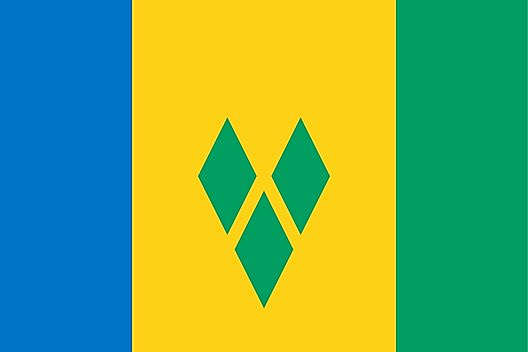 The large island now named Saint Vincent was originally called Hairouna ("The Land of the Blessed") by the native Caribs, and those Caribs boldly prevented any European settlement in their homeland until the 18th century.

In fact, Christopher Columbus sailed past these islands in 1492, and it would be a few hundred years before this thickly forested landscape was settled by any outsiders.

In the early 18th century, the French arrived, gained partial control of the island, and began cultivating coffee, cotton, tobacco and sugar on plantations. Those plantations, like most early plantations in the Caribbean, were worked by enslaved Africans and native Caribs.

For most of the 18th Century, the British, French and Carib Indians fought for control. There were numerous bloody battles, with the British gaining total control in 1790s, and all of the remaining Caribs were shipped to Central America.

Over time, African slavery in St. Vincent became a hot-button issue in England as repressive rules forced on the blacks (used to cultivate sugar cane and other products) were brutally enforced by the white plantation owners.

When the British abolished the African slave trade in 1807, misery continued until 1834, when slavery (itself) was finally abolished in the British Empire, as well as in St. Vincent, and in other British colonies.

Adding to that misery, the La Soufriere volcano erupted in 1902, killing 2,000 people. Much of Grenadine's farmland was damaged, and the island's economy deteriorated rapidly.

By British decree, St. Vincent was given complete control over its internal affairs in 1969, and finally, on October 27, 1979, St. Vincent and the Grenadines became the last of the Windward Islands to gain independence.

St. Vincent and The Grenadines (the country) is comprised of some 32 islands and cay's stretching south (about 48 miles) to the country of Grenada.

The big island of St. Vincent (volcanic in origin) has a rugged mountainous terrain, lush forests and many uncluttered beaches and inlets. The port city of Kingstown is one of the most picturesque in the Caribbean.

The Grenadines include Bequia, Canouan, Mustique and Union, and a group of smaller (many unpopulated) islands. All are low-lying, ringed by coral reefs, and famed for some of the best beaches and sailing conditions on the planet.

Today the overall economy of the St. Vincent and the Grenadines revolves around agriculture, with bananas and coconut palms the major cash crops.

Tourism is a growing business (especially on St. Vincent), but on the outer islands, smaller crowds, isolated beaches and quiet days are the norm. It currently has a population of 103,537.

About St Vincent and the Grenadines

Related To St Vincent and the Grenadines