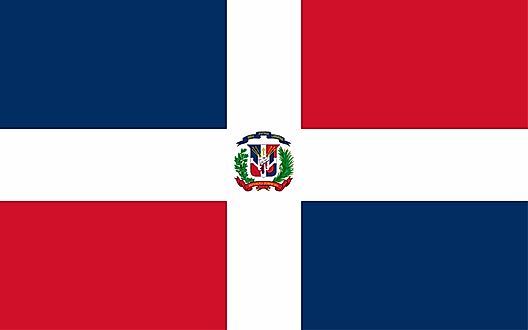 The Dominican Republic, occupying the eastern two-thirds of the island of Hispaniola, is mountainous in the central and west, while extensive lowlands dominate the southeast.

There are four significant mountain ranges in the Dominican Republic, with the rugged Cordillera Central the highest and largest range. It include Pico Duarte, the country's highest point, and the highest point in the Caribbean. Several peaks there exceed 5,000 ft.

Lesser ranges cover the northern coastlines, and the southwestern border areas with Haiti.

Compared to the tropical conditions in the west, the lowlands of the southeast are exceptionally dry, with very little usable plant growth.

There are many small offshore islands and cays that are part of the Dominican territory. The two largest islands near shore are Saona, in the southeast, and Beata, in the southwest.

Lake Enriquillo in the far southwest is the largest lake. It's a salt lake at (131 ft) 40 meters below sea level, the lowest point in the Caribbean.

The largest river is the Yaque del Norte. Dozens of smaller rivers and streams drain the country from the mountains to the sea.