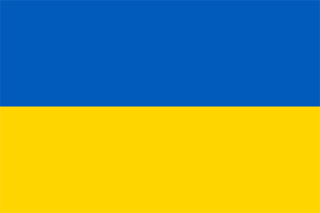 The Ukraine national flag was adopted on September 4, 1991, shortly after the collapse of the former Soviet Union.

The shade of blue is said to be symbolic of the sky, while the yellow represents Ukraine's golden wheat fields. 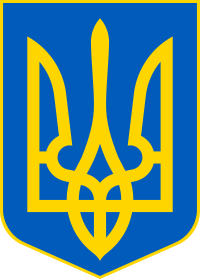 Ukraine's coat of arms was officially adopted on February 19, 1992. It is a blue shield with a golden border, and contains a golden trident (commonly referred to as the Tryzub).