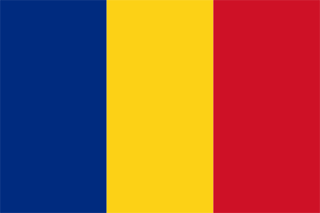 The Romania flag was officially adopted on December 27, 1989. 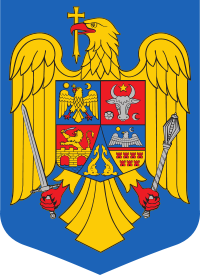 The main element in Romania's coat of arms is a golden eagle with a cross in its beak, a mace and sword in its talons, and a shield protecting its front.

The five sections of the shield are representative of the five historical provinces of Romania, and each contains its traditional symbol. The eagle in the upper left corner is for Wallachia; the bull in the upper right for Moldavia; the lower middle dolphins for Dobrogea; the lion and bridge in the lower left section for Oltenia and Banat; finally, the black eagle, seven castles, a sun and moon in the lower right represent Transylvania.