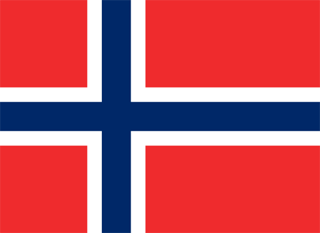 Officially adopted on July 17, 1821, the red, white and blue colors are said to be influenced by the French Tricolore (as a symbol of liberty). Inspiration also came from the flags of both the United Kingdom and the United States of America. 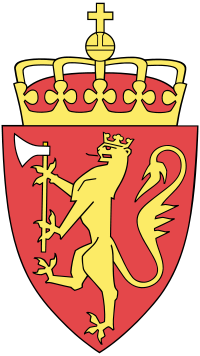 The National Coat of Arms dates from the Middle Ages and features an upright, yellow crowned lion, holding a white and yellow axe on a red, triangle-shaped field.

It's one of the oldest in all of Europe and originated as a personal coat of arms for the royal family. After slight adjustments over time, the current version shown was approved by the King of Norway on May 20, 1992.

The currently recognized national anthem of Norway is Ja, vi elsker dette landet (Yes, we love this country), also called "Song for Norway". The song has held the status of being Norway's national anthem since the earlier parts of the 20th century. No official national anthems are recognized in Norway, but multiple anthems have been publicly recognized for a span of almost 200 years.

Bjørnstierne Bjørnson wrote the lyrics during the period of 1859 up to 1868. Bjørnson's first cousin, Rikard Nordraak, was responsible for the melodic composition of the song, which he created from 1863 to 1864. Bjørnson originally included lyrics that hailed King Charles IV. However, due to international conflicts in 1864, Bjørnson decided to remove all lyrics that paid tribute to the king.

The first public performance of the song was held on May 17th, 1864, during the celebration of the 50th anniversary of Norway's constitution. The first and last two stanzes of the songs are the only ones that are commonly sung.

Sønner ay Norge and Norges Skaal were the most widely recognized national anthems of Norway until the middle part of the 1860s. However, until the beginning of the 20th century, both songs were sung alongside each other, with official events using Sønner av Norge.

In 2011, the media started dubbing Ole Paus' Mitt lille land as the "new" national anthem of the country, with the song being played countless of times after the 2011 Norway attacks occurred. Despite what the media has portrayed, Ja, vi elsker dette landet still remains as the most widely recognized national anthem by the Norwegian people.

The song is also met with controversy due to the fact that it was used as an anthem by Nazi collaborators for propaganda. Over time, Germans banned the use of Ja, vi elsker dette landet.


as it rises forth,


rugged, weathered, above the sea,


with the thousands of homes.


Love, love it and think


of our father and mother


and the saga night that sends


dreams to our earth.


And the saga night that sends,


dreams to our earth.

Norwegian man in house and cabin,


The country he wanted to protect,


All the fights fathers have fought,


and the mothers have wept,


the Lord has quietly moved


so we won our rights.


as it rises forth,


rugged, weathered, above the sea,


with those thousand homes.


And as the fathers' struggle has raised


it from need to victory,


even we, when it is demanded,


for its peace will encamp (for defence).