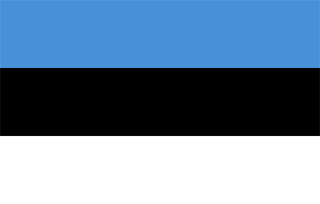 The Estonia flag was officially adopted on May 8, 1990.

The color blue represents loyalty, and the country's beautiful blue skies, seas and lakes; black is symbolic of past oppression and the fertile soil, and white represents virtue, winter snows, and Estonia's long struggle for freedom and independence. 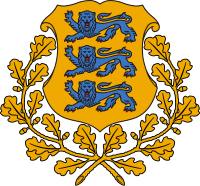 Estonia's coat of arms is a golden shield, surrounded by oak branches, with three blue lions stacked on top of each other.