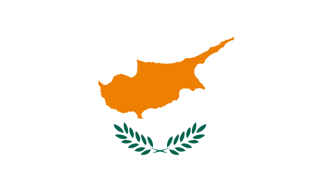 The island is a copper shade representative of its name, Cyprus - the Greek word for copper. The crossed green olive branches symbolize the hope for peace between the Turks and the Greeks. > 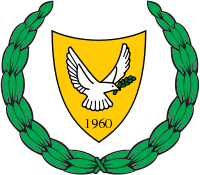 The coat of arms of Cyprus displays a dove carrying an olive branch (which symbolizes peace) against a yellow shield (which represents the copper deposits on the island). The year '1960' represents independence from Britain.