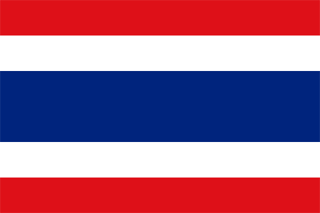 The Thailand flag was officially adopted on September 28, 1917.

Red is said to symbolize the blood of life, white the purity of the Buddhist faith, and blue the monarchy. The blue and white stripes were added to the flag during World War I. 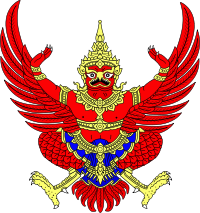 Thailand's coat of arms is a Garuda from Buddhist and Hindu mythology.