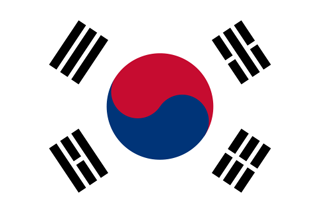 The South Korea flag was officially adopted on October 15, 1949.

The white field represents the traditional color of the Korean people. 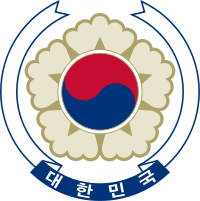 The emblem of South Korea features the taeguk symbol (from the national flag) surrounded by five flower petals and a ribbon displaying the name of the country in Hangul characters.