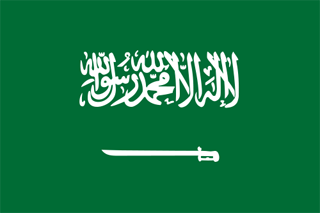 The flag of Saudi Arabia was officially adopted in 1973.

The white, centered script, the shahada, is the Muslim Statement of Faith: "There is no God but God, and Muhammad is the Messenger of God". 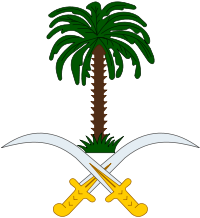 Adopted in 1950, the emblem of Saudi Arabia is composed of two swords (representing the kingdoms of Hijaz and Nejd) below a palm tree.