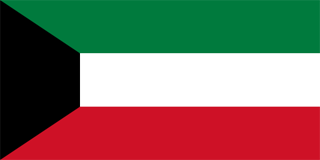 The flag of Kuwait was officially adopted on September 7, 1961.

The traditional Pan-Arab colors of black, green, red and white are used on the flag. Black symbolizes defeat of the country's enemies; green symbolizes the fertility of the land; red is symbolic of the enemies' bloodshed, and white represents purity. 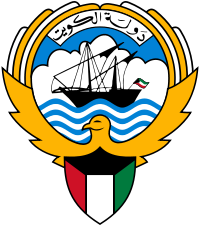 Kuwait's coat of arms (considered an emblem) was adopted in 1962, and is composed of a golden falcon bearing a shield depicting the national flag.

Within the wings of the falcon (a symbol of the Banu Quraish line) is a ship sailing over water with Kuwait's full name written above in Arabic.