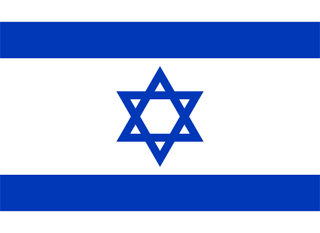 The flag of Israel was officially adopted on October 28, 1948.

It displays one of the most recognized symbols in the world - the Star of David - long associated with the Jewish people.

The blue and white colors represent the traditional Tallith, the Jewish prayer shawl. 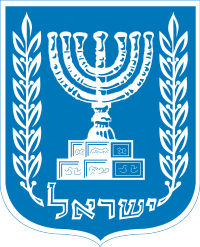 The emblem of Israel consists of a blue shield depicting a menorah surrounded by olive branches.