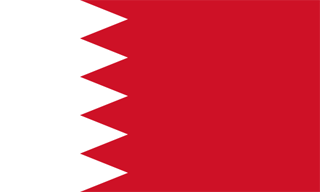 The flag of Bahrain was officially adopted in 1932.

The toothy edge between the red and white is used to distinguish it from the official flag of Dubai, in the United Arab Emirates. Red and white have long been the traditional colors of the Gulf States. 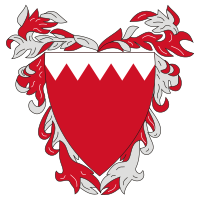 Bahrain's coat of arms is a shield depicting the design of the country flag, and is surrounded by red and white mantling.