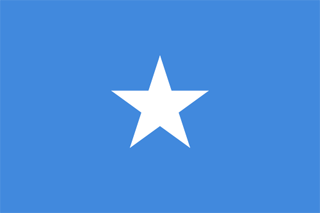 The flag of Somalia was officially adopted on October 12, 1954. The blue field is the same shade used by the United Nations.

The five-pointed white "Star of Unity" is symbolic of the Somali race found in Djibouti, Ethiopia, Kenya and the former associated British and Italian colonies. 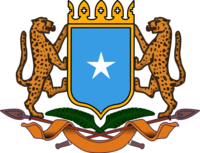 Somalia's coat of arms features two leopards supporting a shield, which bears the white star of the national flag. Below the shield are two crossed lances and palm fronds wrapped in a ribbon.