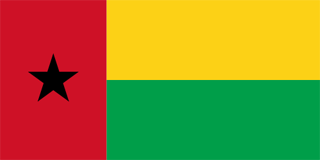 The national flag of Guinea was officially adopted on September 24, 1973.

The flag's black star is symbolic of African unity, yellow stands for the sun, green is hope, and red represents the blood shed during the long struggle for independence from Portugal. 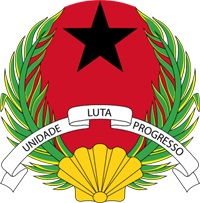 The national emblem of Guinea-Bissau is composed of a black star (a symbol of traditional Pan-African) against a red background. The seashell below unites two olive branches, and represents the location of the country on the west coast of Africa.