Kudzu is often called “the vine that ate the south” due to its vast coverage and quick growth. However, containing its spread is now easier than ever - and it’s partly thanks to goats.

Prior to its intentional introduction in 1876, kudzu was a plant completely unknown to US soil. Today, its presence is ubiquitous, covering miles and miles of land in the eastern and southern United States.

Kudzu is an attractive plant, aesthetically. However, due to a relentless speed of growth and a dominating presence, there is a disadvantage to the plant which has earned it the nickname of "the vine that ate the South". Kudzu has longtime been feared by environmentalists and gardeners alike for its ability to overtake crops and trees as well as its potential to limit the biodiversity of a given area.

Kudzu in the USA: a Brief History

Kudzu, which is originally from Japan, has been planted in the United States since 1876, when it was brought to the country for the Philadelphia edition of the World's Fair. The plant was toted for its potential to prevent soil erosion in Pennsylvania. In 1883, kudzu was incorporated into yet another exposition, this time in New Orleans, where it was presented as an ornamental plant that could provide shade for porches. Throughout the Great Depression, when many rural areas in the south were suffering from relentless dust storms, kudzu was promoted as a crop that could spread vitality across struggling farmland. In the hot and muggy south, kudzu did in fact grow well - maybe too well.

Why Does Kudzu Spread So Quickly?

Kudzu can tolerate a wide range of temperatures. Within its native East Asia, kudzu can grow as far north as the northern reaches of Japan. However, within the humid, subtropical climate of the southeastern United States, kudzu really found its ideal climate. It wasn’t long before the plant began to spread rapidly. Kudzu spread so fast that by the 1950s, the USDA no longer recommended that it should be used to keep soil covered.

Today, it is estimated that at least 7.4 million acres of land in the southeast United States are covered by kudzu, a fact that turns the heads of farmers and gardeners alike mostly because of the nature in which kudzu grows. The sprawling kudzu vines drape themselves over trees, power lines, rocks, and buildings. Kudzu vines can be damaging to trees because of the extra weight they add to limbs. The carpeting nature of these vines also blocks out sunlight to trees. Unfortunately, it is not only trees that die in the shade of the kudzu vines. Other plants that depend on sunlight are often killed because the kudzu vines grow rapidly and block sunlight from the native plants.

Several measures have been taken to control and/or eradicate the plant. These measures include burning the plant, chopping the plant, pesticides, and even digging the plant’s roots out - a procedure that is difficult as kudzu roots are often buried deep in the soil. The solution that has yielded the most consistent results, however, has been grazing. This grazing is done with the help of Eco-Goats. 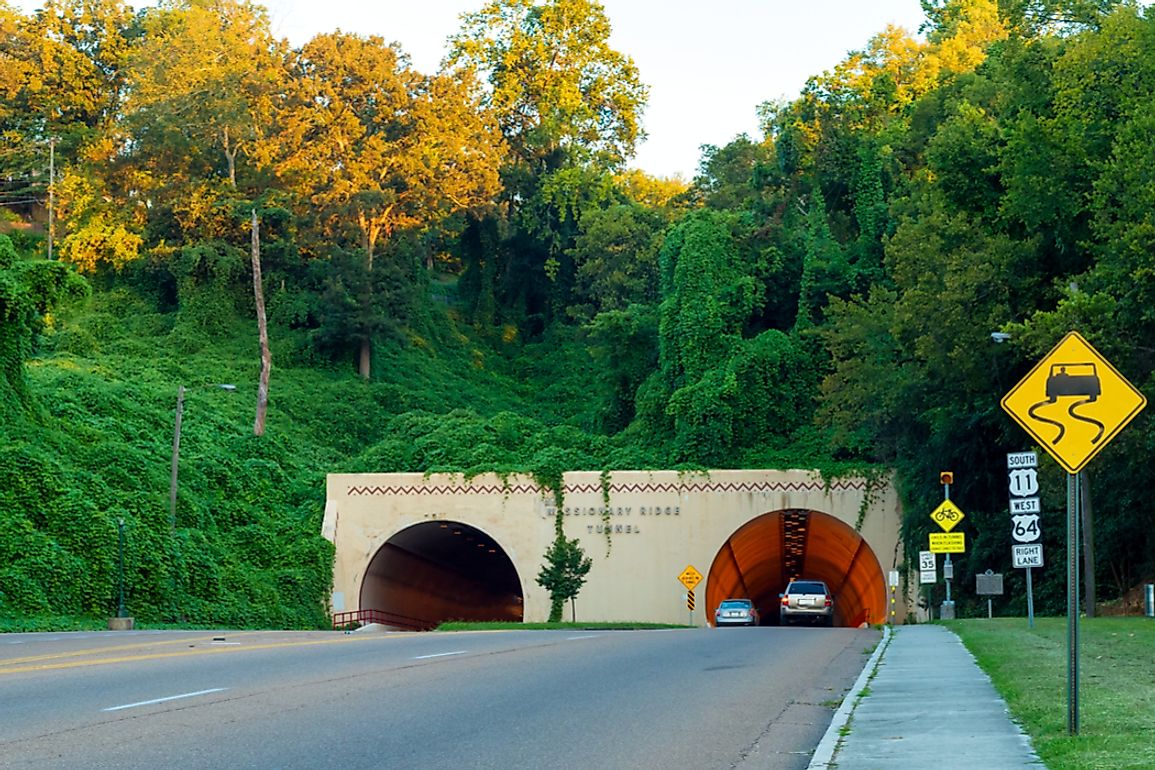 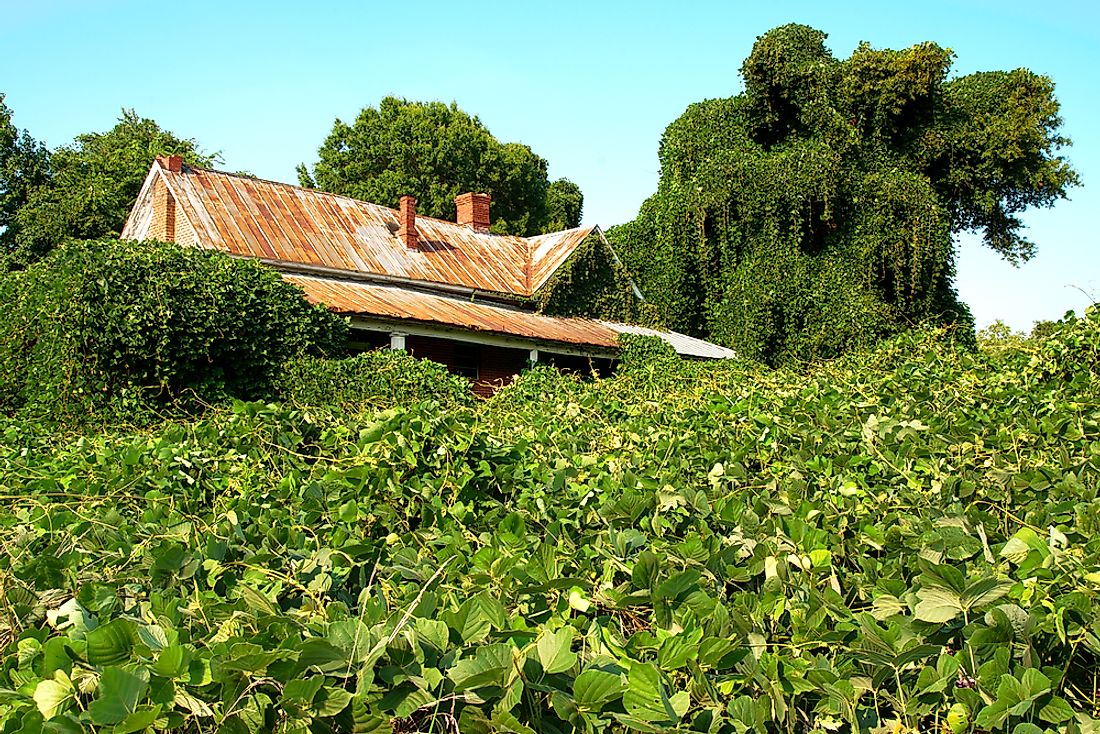 Kudzu has been used for cattle feed in the past, but it is particularly a favorite meal of goats. World Atlas spoke with Brian Knox, the President of Sustainable Resource Management, Inc., and the supervising forester for Eco-Goats. Eco-Goats specializes in bringing groups of goats to properties in Central and Southern Maryland. The goats then eat the unwanted species on the properties, which can include plants like posion ivy, and of course, kudzu. The arrangement is not only beneficial for property owners who are looking to clear their land of unwanted plant growth, but is also great for the goats, who naturally love to feast on leafy green vegetation.

“We got into grazing kind of as an experiment on a property I do the forest management on”, Knox said. “They worked very well on multiflora rose, so we tried them on another property I manage with bittersweet. We did a demo project for the county and the press got a hold of it and from there, we were in business.”

It may be an unlikely symbiosis, but there is no denying that the implementation of goat grazing on a vine that is so rarely well controlled is an ingenious idea that is beneficial on both sides.

Marques Hayes is a freelance writer and World Atlas contributor. He holds a BA in geography from Kennesaw State University.