Mountains and high hills cover the northern third of Portugal, including an extension of the Cantabrian Mountains from Spain.

The mainland's highest point is a peak in the Serra da Estrela, at 6,532 ft. (1,991m). Portugal's lowest point is along the Atlantic Ocean coastline.

Further south and west, the land slopes to rolling hills and lowlands, and a broad coastal plain.

The Algarve region in the far-south features mostly rolling plains, a few scattered mountains and some islands and islets. It's coastline is notable for limestone caves and grottoes.

Major rivers in Portugal include the Douro, Guadiana, Mondego and the Tagus. There are no inland lakes, as water surfaces of size are dam-originated reservoirs. 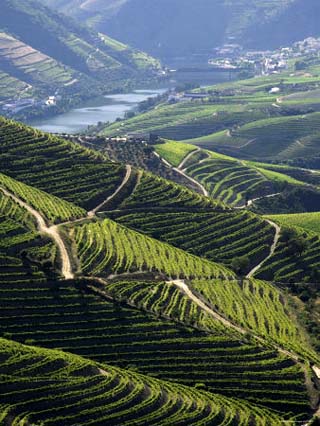