Located in the South Pacific Ocean, some 1,300 miles (2,000 km) northeast of New Zealand's North Island, the island nation of Fiji is comprised of more than 332 islands, of which 110 are inhabited, and an additional 500 islets.

The two largest islands are Viti Levu and Vanua Levu, and between the two of them make up 87% of Fiji's total landmass.

These mountainous islands were formed around 150 million years ago through volcanic activity, and are subsequently covered in thick tropical forests. Most of Fiji's mountains are dormant or extinct volcanoes.

Perhaps what Fiji is most famous for, however, are its crystal clear waters, coral reefs and white sand beaches that draw in thousands annually.

Geography and Landforms of Oceania 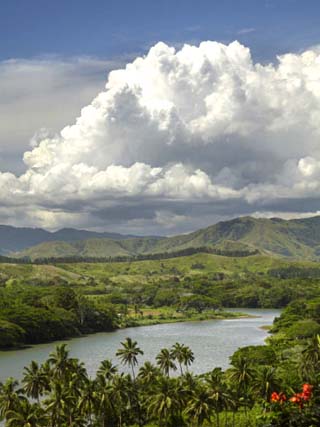