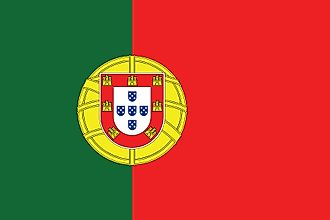 Long before Portugal became a kingdom of its own, it was inhabited by neanderthals who lived in loosely organized societies. In fact, it is estimated that early human ancestors lived in areas of the Iberian Peninsula, including Portugal, from as many as 400,000 years ago. By the year 30,000 BCE, early human inhabitants could be found in the area. They adopted a hunting and gathering lifestyle which eventually transformed itself into an agricultural society. The Celtic people were among the first early inhabitants of Portuguese land.

In the year 218 BCE, the Roman army made their arrival upon what is now Portugal. The Romans were met with some resistance, particularly in Galecia, where groups such as the Celts and the Lusitanians led a strong resistance against the Roman forces. It was not until the Cantabrian Wars of 19 BCE that the Romanization of Portuguese territory was complete. Under Roman rule, the agricultural land of Portugal was further developed. Romans found Portuguese land to not only be fertile but also ideal for other agricultural activities such as fishing. During this time, early infrastructure consisting of roads and bridges were also developed. Some Portuguese cities that remain popular today, such as Lisbon and Beja, were also first constructed during this time.

In the year 409 CE, the Iberian peninsula, including Portugal, was invaded by tribes from Northern Europe, including the Visigothic (gothic) peoples. Under this North Germanic influence, the area that is now Portugal began to see a rise in the importance of the nobility class, a fact that shaped society. During this time, the church also began to play in important part in the lives of locals, although notably the North Germanic people maintained the Roman way of Catholicism.

Centuries later, when the Visigothic people had come to be established in Portugal, they were invaded by the Moorish people, or the Moors. The Moors, who came from north Africa, envisioned an Islamic conversion for all of Europe, including the Iberian Peninsula.

In 1147, King Alfonso Henriques, the first king of Portugal, was successful in driving the Moors away from Lisbon. However, during this time, Portugal had the threat of another invasion, this time from their neighbor, Spain. Strategically, it was during this time that Portugal made allies with Great Britain, who protected them from Spain.

Portugal and Britain had more in common than just a common enemy. Like Britain, the Portuguese had an interest in world exploration. Beginning in the 1400s, Portugal set up trade colonies across Africa, Asia, North America, and South America. Perhaps the most notable of these colonies was that of Brazil, which was invaded by the Portuguese in the 1500s. Brazil became an important part of the Portuguese empire, especially after it was discovered that Brazil was home to large quantities of gold, the funds from which Portugal used to fund their explorations.

In 1580, King Pedro of Portugal died in battle. Seeing the vulnerable position that the country was in without a monarchy, Spain invaded Portugal. Portugal was allowed a degree of autonomy before King Phillip the IV of Spain attempted to overtake Portugal to make it a province of Spain. A war was fought for a total of 28 years before Portugal’s independence was officially recognized by Spain in the year 1668 with the signing of the Treaty of Lisbon.

On November 1, 1755, an earthquake destroyed the city of Lisbon and much of its surrounding areas. To this day, this remains one of the most devastating earthquakes of all time. Fortunately, Portugal rebuilt quickly.

In 1807, Napoleon led the French in invading Portugal, but was fended off with help from the British.

In 1890, Britain demanded that Portugal remove its colonies from Central Africa. In the First World War, Portugal fought on the side of the allied troops. However, the time preceding the war was a difficult one for the country under the oppressive regime of Prime Minister Antonio Salazar. The year 1926 saw a coup d'état in Portugal, fueled mostly by nationalistic ideas and outrage over the state of the First Portuguese Republic.

During World War II, Portugal remained neutral. The year 1974 saw the removal of radical political figures in Portugal through the peaceful Carnation Revolution.

On 1986, Portugal became the fifth state to join the European Union (not including the EU’s founders). It adopted the Euro as currency in 2002.

The 21st century saw an end to Portugal’s history of colonialism, both with the ceding of Macau to China in 1999, and the recognition of East Timor’s independence in 2002.

Today, Portugal is known for its high quality of life, and for a tourism industry that is growing with every year that passes. Despite an economic downturn following the 2009 recession, the country’s economy has been able to recover nicely and today is diversified and competitive.