A desert is an inhospitable region which receives little rain. Deserts have harsh climatic conditions for vegetation and animals. Over 33% of the world’s land is semi-arid or arid and this includes the polar areas which experience little rainfall. There are four different kinds of deserts on earth: cool coastal, cold winter, subtropical, and polar deserts. These deserts vary in size with the smallest desert in the world being Carcross Desert.

Carcross Desert is the smallest desert on earth which occupies an area of about 1 square mile. It is situated right outside the community of Carcross in Yukon, Canada. Carcross might not be the northernmost wilderness in the world, but it is the most remarkably contained desert. The climate of the surrounding region is too humid for it to be considered to be a desert.

Carcross Desert was created during the last glacial era when numerous big glacial lakes which were formed in the area deposited silt. The dunes were left behind after the lakes dried up. Currently, sand is blown by the wind from the nearby Lake Bennett. Even though the region is too dry for most plant life to grow, there are some few unusual crops like Yukon lupine and Baikal sedge which thrive in Carcross Desert. The territorial government of Yukon, Canada tried to protect this region in 1992 but failed since the locals use it for recreational purposes.

The desert is drier than the surrounding region and receives less than 19.7 inches of precipitation annually. The lack of rainfall is due to the rain-shadow effect which is caused by the neighboring mountains. Therefore, numerous rare plant species have grown in the desert. Even though the vegetation in the desert has locked the sand dune system in place, a huge incident like a forest fire can clear the plant and return it to an active state. Currently, active dunes are quite rare in North America, and the few dunes which survived after the glacial lakes dried up have become overgrown by forests.

Most of the plants which thrive in the Carcross Desert would not survive in a real desert plus they are quite rare in North America. One of the most interesting Baikal Sedge species which thrives here is only found in four different places in North America. Yukon Lupin which is distinguished by its silvery appearance is way more common in this part of the world. Other rare plants which grow in the dunes include Nelson’s needle-grass, Mutton Grass, and the Blue-eyed Mary.

The locals use the dunes for sandboarding in summer, and during winter they use the desert for snowboarding and cross-country skiing. Other summer activities which people enjoy on the desert include all-terrain vehicles, skydiving, and hiking. Numerous tourists groups use the desert for their off-road scenic visits. The nearby Yukon and White Pass Route is a top-rated tourist attraction which brings many visitors to the area every year. 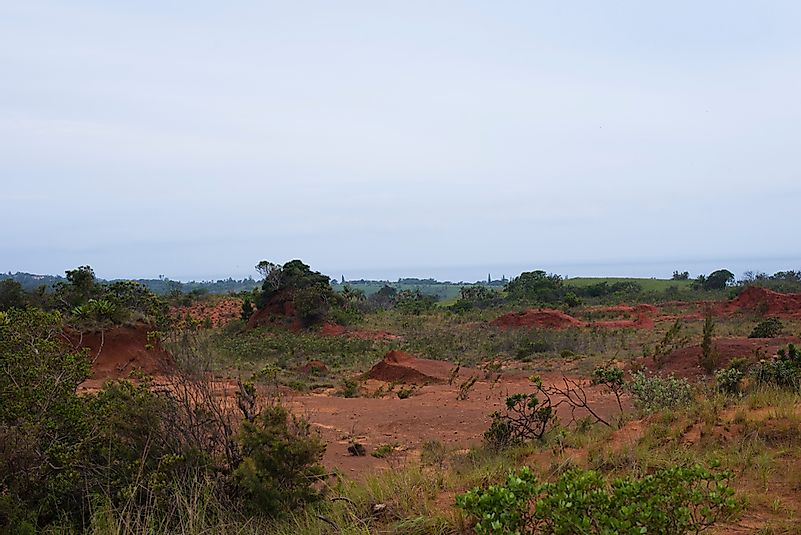 Despite the Carcross Desert's claim, there is another desert in the world that begs to differ. Located in the KwaZulu province of South Africa, the Red Desert claims to be only 200 meters in diameter. Over-grazing was said to lead to the unusual appearance of this small desert, which is surrounded by the greenery of a nature reserve.

Where Is The Smallest Desert In The World?