The pudus have rounded ears which are about 3.1 inches long, black eyes and black noses. Sexual dimorphism in these species includes the fact that all the female pudus lack antlers, while the male has spiked antlers. Their antlers are not forked like the ones seen in other deer species. The pudus usually shed their antlers annually. The antlers protrude between their ears. Their coat coloration varies with individual’s gene, sex and the season. The shoulders and neck of aged pudus turn dark brown-grey during winter. They have long and stiff furs which are pressed against their bodies with a dark-brown to reddish-brown hue.

The southern pudus are slightly larger than the northern Pudus. They weigh between 14 to 30 pounds, and their height at the shoulder ranges from 14 to 18 inches. Their antlers are curved backwards and can attain the length of about 3.5 inches. The Southern pudus have dark chestnut-brown coats which cover the antlers. They thrive on areas about 6,600 ft above the sea level.

The Northern pudus weigh about 13.2 pounds and can attain a maximum height at the shoulders of 14 inches. Their antlers are also curved backwards and can reach a maximum length of approximately 2.4 inches. Their coats are lighter as compared to the southern pudus. They are found in higher altitudes areas of between 6.600 ft to 13,100 ft above sea level. 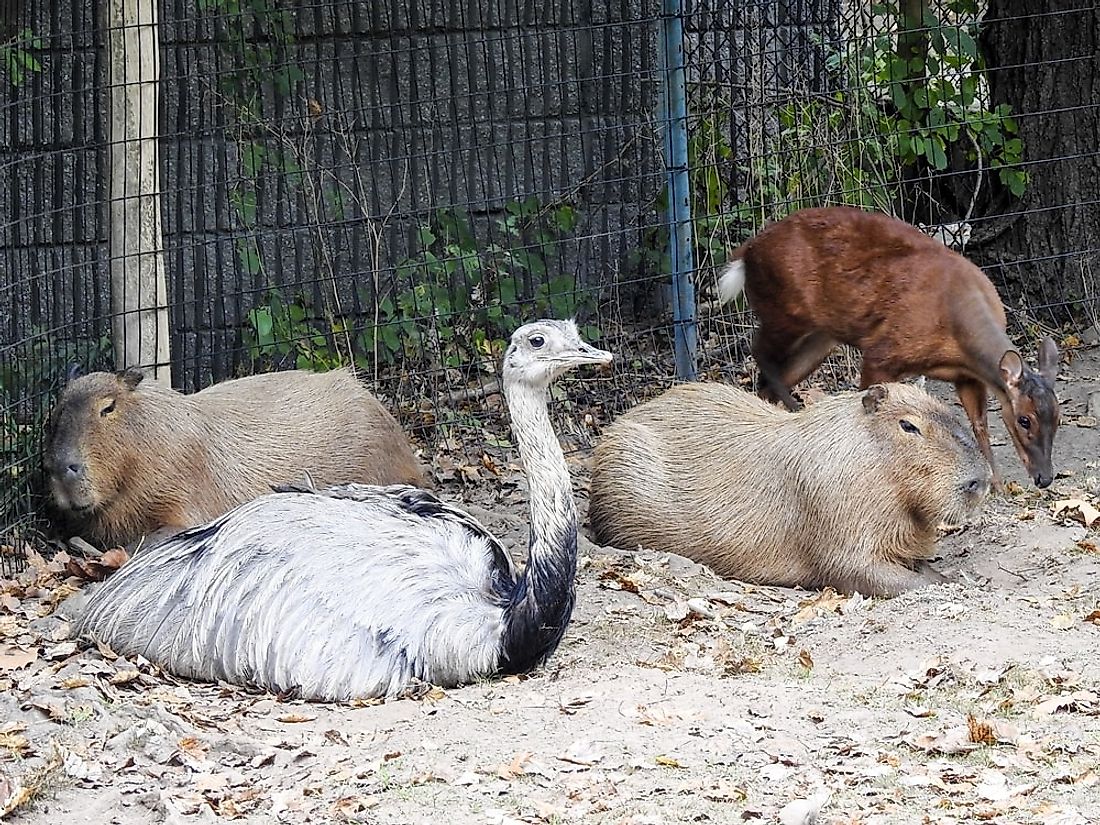 Pudus are solitary creatures which are active in the evening, late afternoon, and early in the morning. Their home range extends up to 62 acres with every single pudu having its own territory. They usually mark these territories with big dung piles. Pudus are not social creatures and the only time they interact is during the mating season. Some of the animals which prey on them include the cougar, Magellan fox, Andrean fox, and horned owl among others. Pudus usually feed on the leaves and vines of shrubs, ferns, herbs, sprouts and trees. These species can survive for a very long time without drinking water because of the high water content in their foliage diet.

The pudus inhabit the Valdivian temperate rainforests on the western coast of South America. The temperate forest stretches from Argentina to Chile, and it is part of the neotropical ecozones. The rainforest has bamboo thicket and dense underbrush which provide perfect cover for the pudus from their predators. The evergreen angiosperm trees and conifer trees dominate the Valdivian rainforest. It has a relatively narrow coastal strip which is located between the southern Andes Mountain and the Pacific Ocean. The southern pudus are on the slopes of the Southern Andes at an altitude of about 6,600 ft. The northern pudus are in Peru, Ecuador, and north Andes of Colombia at an altitude of between 6,600 to 13,100 ft above the sea level.

This page was last updated on August 3, 2018.
By Geoffrey Migiro