Botswana is located in southern Africa, to the north of the nation of South Africa. It has a total area of approximately 224,607 square miles and is largely covered by the Kalahari Desert. This country also has several rivers running through it, creating delta and river basin habitats. Other significant ecological regions include grasslands and savannas. The environment in Botswana is threatened by desertification and drought. These threats are caused by climate change and human activity such as overgrazing which affect plant life throughout the country. This article takes a look at some of the native plants of Botswana. 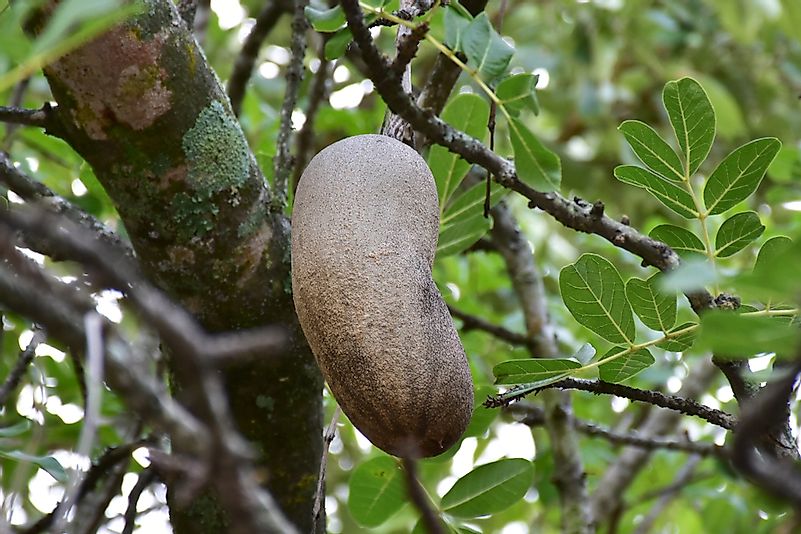 The sausage tree grows throughout tropical Africa. It can reach heights of approximately 65 feet and produces a 2-foot long, 15-pound fruit that resembles a sausage, thus giving it the name. The outer bark on the trunk and branches is grey and smooth when young. The leaves are 7 to 8 inches long and oval-shaped. Its fruit and leaves provide food to a wide range of animals. Additionally, the fruit is believed to cure snake bites, rheumatism, and syphilis in traditional medicine. Because of its important to local customs, it is not common to cut down this tree species. 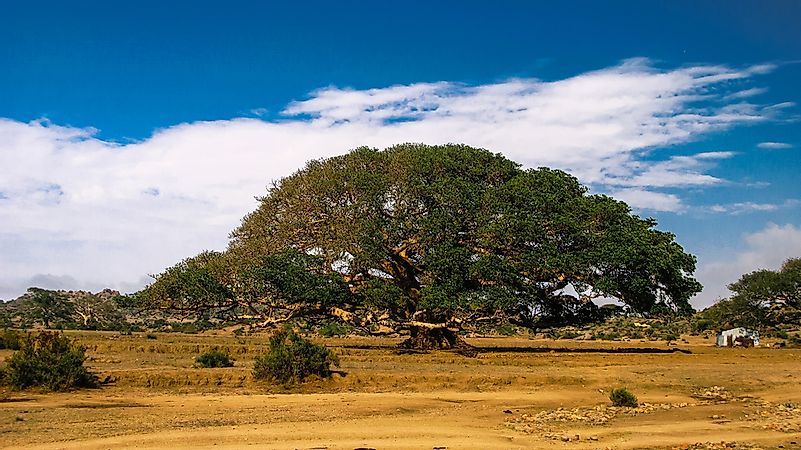 The Sycamore fig, or fig-mulberry, has been important to humans for centuries. Its typical habitat is along rivers and in mixed forests throughout Africa, south of the Sahel. Reaching heights of 65 feet, the branches spread out across a wide area and create an umbrella-like appearance. The fruit, fig, is edible and has been cultivated since the time of the ancient Egyptian culture. This tree species has a symbiotic relationship with a wasp insect in order to reproduce. Without the wasp, the Sycamore fig would not be able to survive. 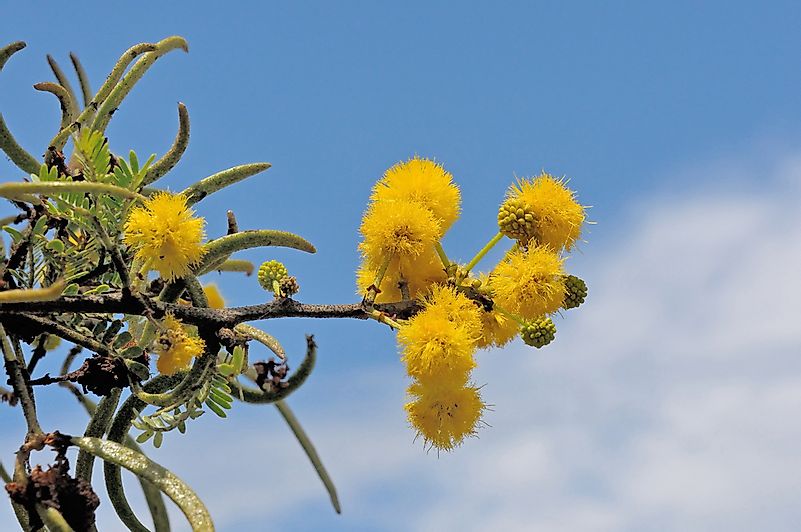 The sweet thorn tree is a species of acacia that is found throughout southern Africa. This species is a relatively small to medium-sized tree that grows to approximately 39 feet tall, depending on water availability. At the beginning of summer, yellow flowers bloom among its long, white thorns. This tree is used for firewood, food for domestic and wild animals, and traditional medicine. In traditional medicine, the bark and leaves are used to treat colds and hemorrhaging. This tree species is not considered threatened due to its wide distribution.

Wool grass, also known as bush grass, grows throughout tropical and southern Africa. This grass does not grow in separate blades over a wide area, but rather in clumps and tuft-like shapes. The grass in these clumps can grow between 1 and 5 feet in height. It prefers sandy soil where at least 9.8 inches of rainfall occurs annually. Domestic and wild animals rely on wool grass as a food source. Although commonly occurring, overgrazing may be a threat for this grass species. 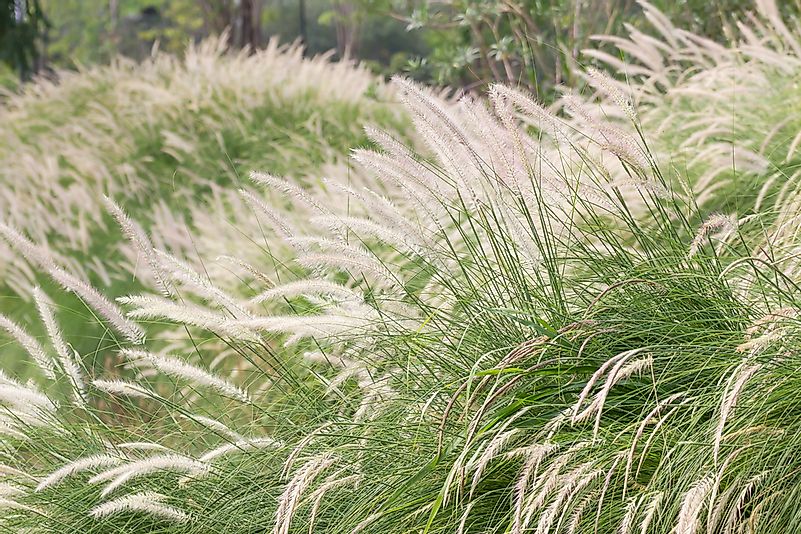 Blady grass, also known as Japanese bloodgrass, is native to several parts of the world, including Botswana, eastern and southern Africa, Australia, and India. It grows to between 2 and 10 feet tall, and each blade is approximately three-quarters of an inch at its base before tapering at its end. This grass species is very important to erosion prevention. Additionally, local people use it to build roofs on their homes or even weave it into mats. This plant can easily adapt to many habitats, so much so that it is considered an invasive species in some places. In the United States, particularly in the southeast, the government has implemented eradication programs and has prohibited its reproduction.

Other native plants of Botswana include the giraffe thorn, real fan palm, Lowveld mangosteen, Mowana baobab, and medlar. Their scientific names can be found in the list below.

The Native Plants Of Botswana