Abbey of Kremsmünster refers to a Benedictine monastery in the upper part of Austria that was founded by the Duke of Bavaria, Tassilo III, in 777 AD. The legend has it that Tassilo established the monastery on the site where a wild boar killed his son while he was hunting. The site was submitted to the tentative list of UNESCO World Heritage sites on August 1, 1994. 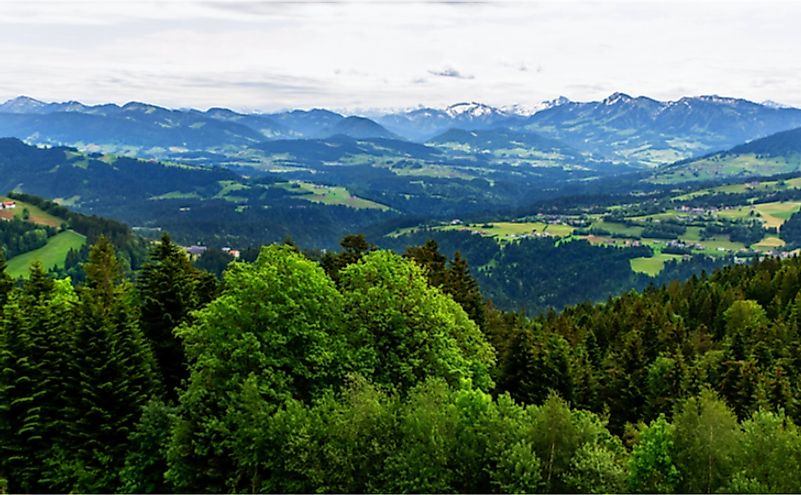 The Bregenz Forest is located in Vorarlberg state in Austria. The site was submitted to the tentative list of UNESCO World Heritage sites on August 1, 1994. According to the locals, Bregenz Forest is divided into two main parts; the lower forest (Vorderwald) and the upper forest (Hinterwald). The lower forest has hills and low mountains, and it is close to the Rhine Valley. The upper forest has the highest mountains with altitudes reaching up to 2,000 meters above sea level.

Gurk Cathedral refers to Romanesque pillar Basilica located in Gurk in the state of Carinthia in Austria. The former cathedral, together with the present co-cathedral, was constructed in 1140 and was completed in 1200. It is one of the most significant Romanesque buildings in the country. The cathedral of Gurk was submitted to the tentative list of UNESCO World Heritage sites on August 1, 1994. The building was consecrated in 1174, during which Saint Hemma’s grave was moved to the cathedral from a nunnery she had established in 1043. The nunnery was dissolved in 1070/72 by Gebhard, an Archbishop of Salzburg. The dissolution was to construct the cathedral and to fund the newly-created Gruk diocese.

Innsbruck town was established at the crossroads of several trade routes. It served as the residence of the German emperors and kings, and the dukes from the late middle ages period. In around 1500, Emperor Maximilian built the world-famous Golden Dachl that had a magnificent balcony and had a gilded copper roof. The emperor also commissioned the spectacular sculptures known as Schwarze Mander (Black figures). The 28 larger than life bronze statues were completed in 1502, and they represented relatives, ancestors, and political examples of the emperor. The Innsbruck is currently on the tentative list of the UNESCO World Heritage sites and submitted to UNESCO on January 23, 2002.

Frontiers Of The Roman Empire

The Roman Empire was one of the largest empires the world has ever known. The empire extended from the Atlantic coast on the western side to the Black Sea on the eastern side. It also stretched from the Sahara desert in the south to central Scotland in the northern frontier. The Frontiers of the Roman Empire were built in the second century AD at a time when the empire was at its greatest extent. Much of these frontiers have survived to this day, and they include military installations and ancillary features like roads. The Frontiers of the Roman Empire in Austria was submitted to the tentative list of UNESCO World Heritage sites on February 9, 2015.

The great spas of Europe refer to a transnational group of spa towns. These are places that have been testified for healing diseases and pain using mineral water, particularly before the industrial medication developed during the 19th century. They comprise of historic European spa towns where the authenticity and integrity of the component parts are evident in the urban form of spa buildings. These therapeutic towns developed during the Middle Ages. There are two spa towns in Austria, and they are Baden bei Wien and Bad Ischl. Baden bei Wien is a sulfur thermal spring that has been used since the time of ancient Romans for healing purposes. The Spas were listed on the tentative list of the UNESCO World Heritage site on July 11, 2014.

The Grossglockner High Alpine Road, also known in German as Großglockner Hochalpenstraße refers to the highest mountain pass in Austria. The road connects Heiligenblut in Carinthia with Bruck in Salzburg through Hoctor and Fuscher Törl. The road gets its name from the Grossglockner, which is the highest mountain in Austria. The road is on an elevation of 8,215 feet above sea level. The high alpine road was submitted to the tentative list of UNESCO World Heritage sites on January 12, 2016.

Hall in Tyrol – The Mint

Hall in Tyrol refers to a town lying 10km to the east of Tyrol capital Innsbruck. The town was famous because it had three major economic activities, which include the sovereign’s mint, trading point for navigation, and salt production. From 1477 to 1566, the mint was in Sparberegg building and later moved to the Castle Hasegg. The Castle today houses the coin museum. Hall in Tyro was listed on the tentative list of UNESCO World Heritage sites on February 1, 2013. 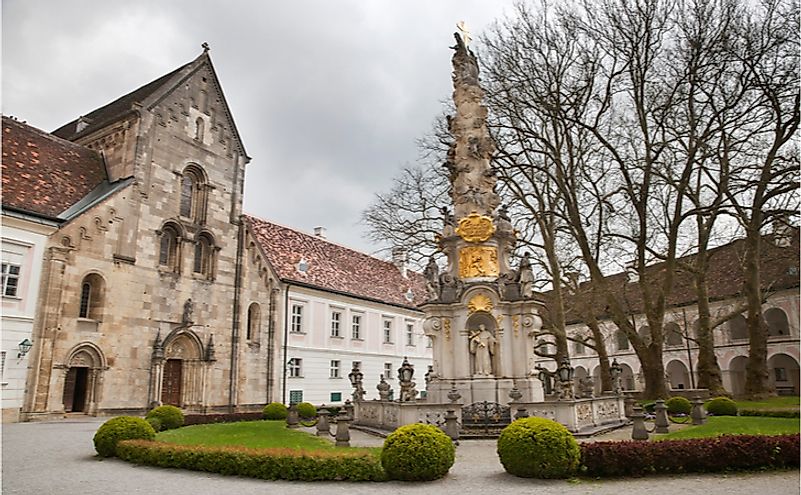 Other sites in Austria that are on the tentative list include the Hochosterwitz Castle, Iron Train with Erzberg, the old town of Steyr, and the National Park “Hohe Tauern.”

This page was last updated on November 22, 2019.
By Benjamin Elisha Sawe