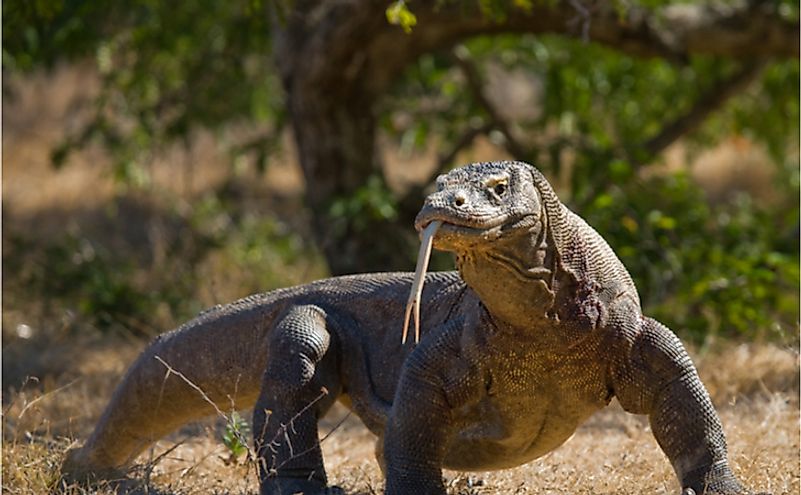 Komodo dragons are the largest living lizard species that can attain a maximum length of about 10ft and weigh approximately 150pounds. Komodo dragons are found in the Islands of Gili Motang, Flores, Rinca, and Komodo in Indonesia. Komodo dragons are sexual organisms that can also reproduce parthenogenetically. A komodo dragon known as Sungai laid eggs in 2005 at the London Zoo after being separated from male komodo dragons for over 2 years. Initially, scientists assumed that she had stored sperm which she had received from males, but another Komodo dragon, known as Flora, laid 11eggs at Chester Zoo in 2006. 7 out of the 11 unfertilized eggs hatched. Scientists from the University of Liverpool performed a genetic test on 3 of Flora’s eggs and determined that her eggs were not fertilized. Thus, Komodo dragons can reproduce via parthenogenesis when placed in an isolated habitat.

Learn some more fascinating facts about these gigantic lizards in this article here.

An aphid is a minute sap-sucking insect that belongs to the superfamily Aphidoidea. Aphids can reproduce both sexually and asexually. Often, in the simplest reproductive strategy, the aphid alternates the two methods of reproduction on a single host all year round. In other cases, aphids may reproduce solely by parthenogenesis. Hosts might also be changed during its life-cycle.

Blacktip sharks are requiem shark species that belong to the family Carcharhinidae. Blacktip sharks are quite common in the coastal subtropical and tropical waters on the planet. Blacktip sharks can reproduce both sexually and asexually. A 9-year-old female blacktip was found to be pregnant in 2007 at the Virginia-Aquarium and Marine-Science Center despite never being mated by any male. Genetic analysis confirmed that it had reproduced through parthenogenesis. 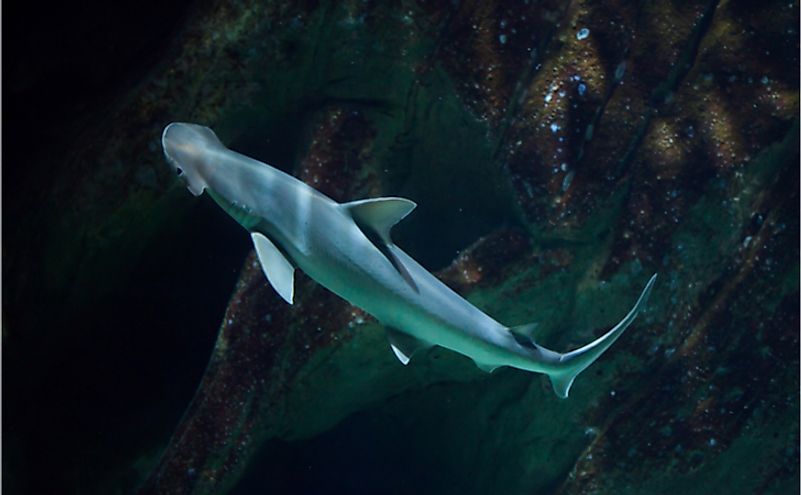 Triaeris stenaspis is a spider species belonging to the Oonopidae family. Triaeris stenaspis can be found in the subtropical and tropical parts of the world including Australia, Madagascar, Argentina, the United States, and various isolated islands like Cook, Marquesas, Hawaii, and the Galapagos Islands. The Triaeris stenaspis is believed to be parthenogenetic since no male species has ever been found. Parthenogenesis has been proven in various Triaeris stenaspis species that were kept in laboratory-conditions. The spiders were reared since they were hatched until they died. All the spiders were female, and they laid fertile eggs which hatched into female offspring. Another spider species that is believed to be parthenogenetic is the Heteroonops spinimanus.

Indo-Pacific geckos, also known as fox geckos, is a species of geckos that can be found in Australia, Southeast Asia, and the Philippines. They are seen as dark brown or gray lizards with a pale-translucent color at night and some light markings during the day. Indo-Pacific geckos are parthenogenic animals. They are all females that lay eggs that hatch without being fertilized by a male. 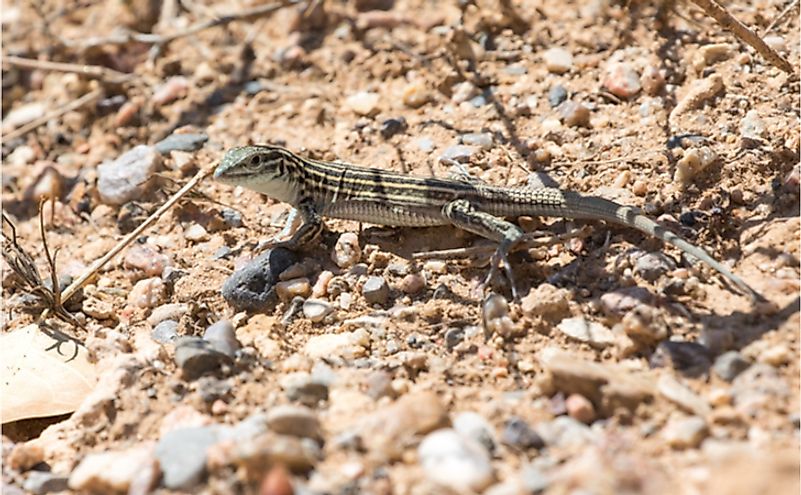 New Mexico whiptails are indigenous to Chihuahua (Mexico), Arizona, and New Mexico. New Mexico whiptail is one of the numerous lizards which can reproduce via parthenogenesis. Parthenogenesis has made it possible for this all-female lizard population to reproduce and grow into a unique species that can reproduce. Members of this species can also be created through the hybridization of the western whiptails and the little-striped whiptail.

This page was last updated on October 14, 2019.
By Geoffrey Migiro