Mimicry is an evolved resemblance in appearance or behavior between one organism and another, usually of a different species. Often, animals develop mimicry to protect from predators or gain some form of advantage. Mimicry can be visual, chemical, acoustic, or tactile. Examples of animals that exhibit mimicry are highlighted below. 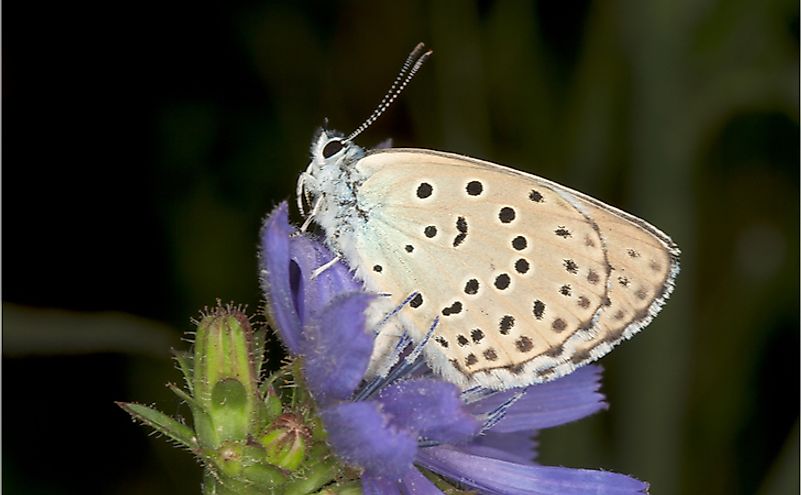 The Alcon blue butterfly lays eggs on the marsh gentian, but the larvae leave the plant and migrate to the ground to attract ants. The larvae release a chemical that smells like ant larvae to trick ants into thinking it as their kind, and are consequently carried into the brood to feed among the ant larvae. Once the adult hatches, the ants recognize the presence of an intruder, but the butterfly is protected by loosely attached scales that enable it to escape. Over time, the ant colonies change their larva chemicals to deter intruders, leading to an evolutionary "arms race" between the species. 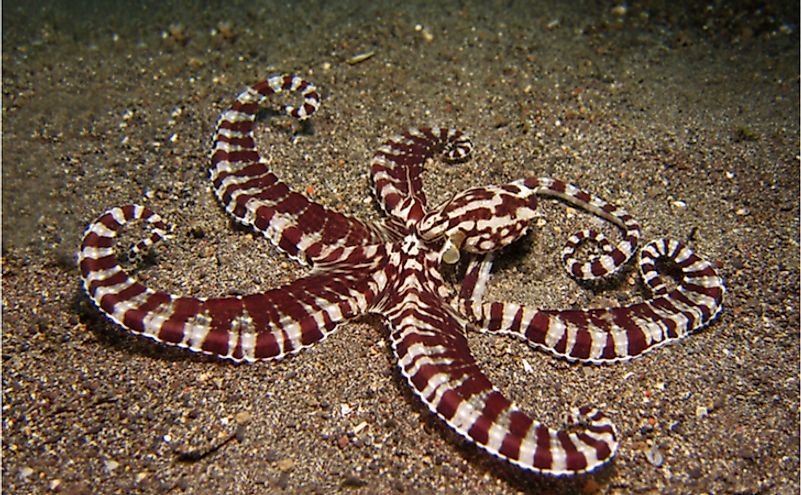 The mimic octopus imitates a wide range of animals, including lionfish, crabs, venomous sole, jellyfish, sea snakes, mantis shrimp, and sea anemones. It mimics the sole venomous fish by flattening its body and using jet propulsion to swim at high speeds, raising its arms above the head, with each arm bent in a zigzag shape to resemble the fish-eating sea anemone. The octopus imitates jellyfish by swimming to the surface and slowly sinking while spreading its arms evenly around the body. The mimic octopus employs mimicry to deter predators. 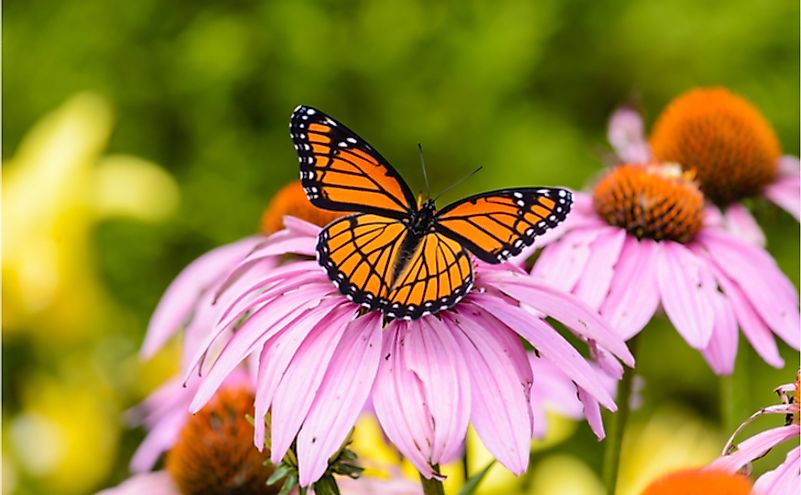 The viceroy butterfly exhibits visual mimicry as a defensive mechanism. It adopts the external features of the monarch butterfly, which is toxic and therefore avoided by predators. The interdependence between the species is a form of Batesian mimicry, in which a harmless species mimics the traits of poisonous or dangerous species as a means of protection. As a result, predators avoid both species. The viceroy butterfly also tastes unsavory to many predators, and so the two butterflies co-mimic, each benefiting from the deterrent feature of the other species.

The milk snake is non-venomous but mimics venomous snakes like coral snakes in appearance to deter predators. 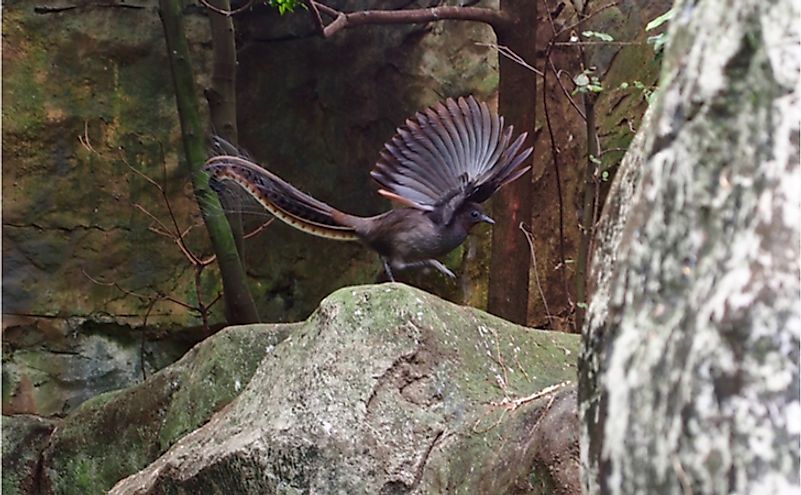 The katydid is one of the few insects that use mimicry to attract prey rather than deter predators. Katydids mimic the wing-clicks of receptive female cicadas and respond to the clicks of males, who consequently draw nearer hoping to mate, but end up being preyed on by the katydid.

While most animals use mimicry to avoid being eaten by predators, the snail eyestalk flatworms use mimicry specifically to be eaten by birds. They mimic insects and maggots with the intent of attracting songbirds such as robins and chats. Once ingested, they reproduce within the body of the host and pass parasite eggs into the droppings, which then repeats the cycle. 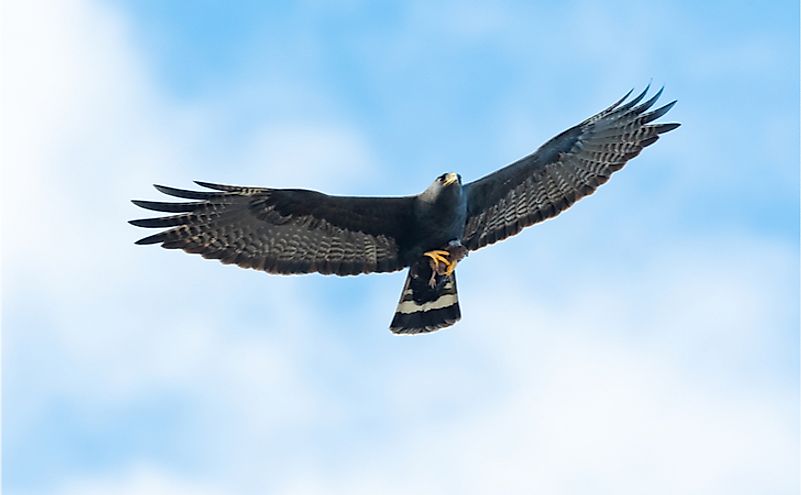 The reputation of hawks and eagles as deadly birds of prey results in an immediate flight response from potential prey if noticed. However, zone-tailed hawks have developed traits such as black plumage, dihedral forming wings, a longer tail, and a wobble in flight, which are uncharacteristic of birds of prey. They resemble harmless turkey vultures, enabling them to get closer to prey without triggering a flight response.

This page was last updated on October 17, 2019.
By Victor Kiprop