The Maldives is an island nation in the Indian Ocean that is an archipelago of 26 atolls. The country has a total area of 286 km2, an estimated population of 392,473, and is a popular tourist destination due to its beautiful blue waters and sandy beaches. Several species of fish live in the waters along its shores, including stingrays, eagle rays, manta rays, and jellyfish. Octopus, clams, and squid are also common. However, there are few reptiles and land-based mammals given of the island nation's small size. In fact, most terrestrial animals that inhabit the Maldives were introduced. Common mammals found in the waters include dolphins and whales, while turtles are the most common reptiles. Examples of animals that inhabit the Maldives are discussed below. 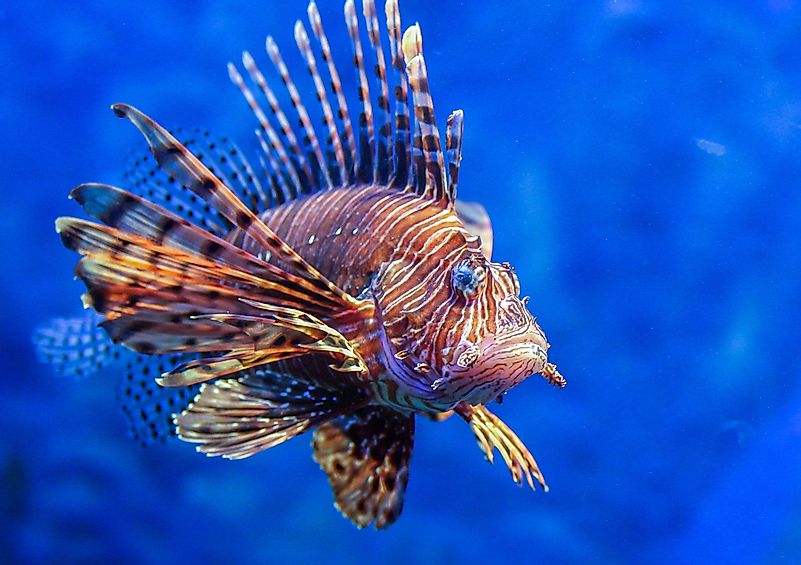 The lionfish is perhaps the most beautiful fish in the Maldives. However, the species has a poisonous sting that can be deadly if not quickly treated. Lionfish reside in lagoons and reefs away from predators. Divers and snorkelers are advised to keep at least 8 ft from the fish and maintain calm. 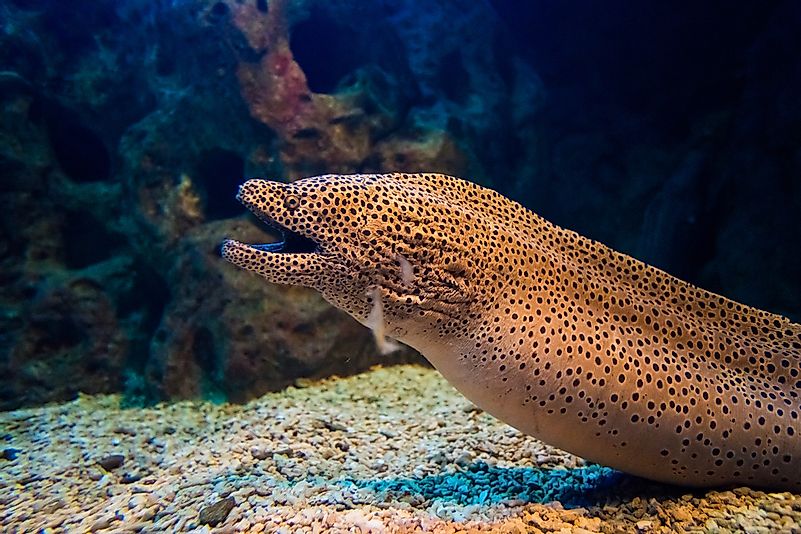 Several species of moray eel are found in the Maldives. They often pose no immediate danger to divers, but their razor-sharp teeth can inflict serious injuries when defending themselves or if they mistake a diver for food. Moray eels have poor vision and are considered color blind, and prefer to hide in corals to escape predators and ambush prey. 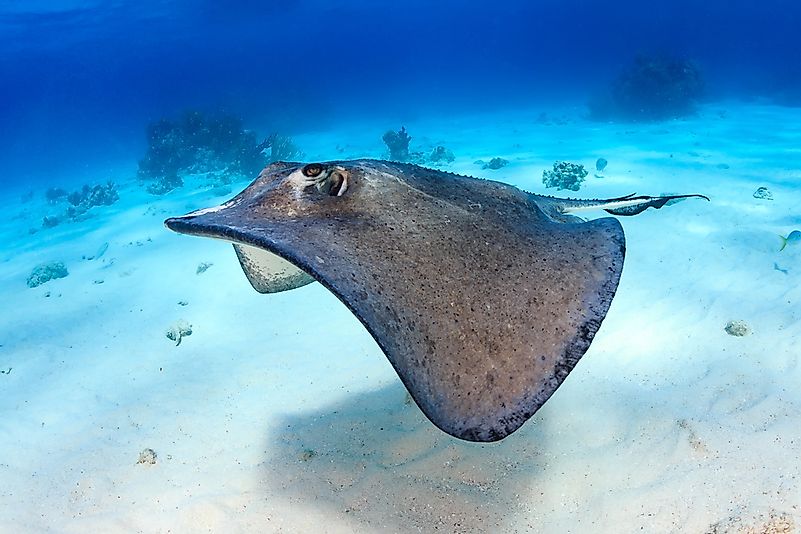 The stingray is a common species in the Maldives that resembles a gentle flying fish but has a deadly weapon on its tail. Stingrays only sting as a means of self-defense, and tend to strike vulnerable parts of the body such as the neck or chest. They typically inhabit lagoons, where they dig up the ground and hide under shallow holes while using sand as camouflage. 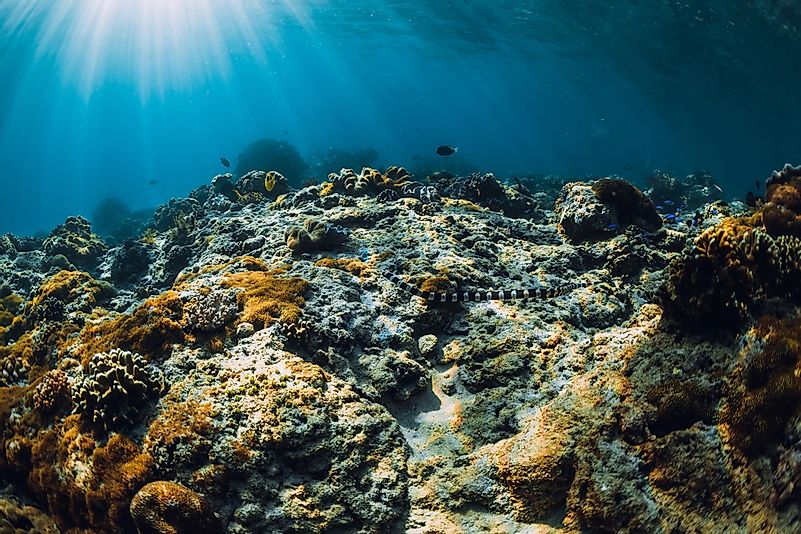 The Hydrophis platurus and Pelamis platurus are common sea snakes in the Maldives that are harmless unless threatened. The snakes can often be  observed sunbathing along the beach during the summer. The wolf and blind snakes are native to the island, although they are rarely seen. 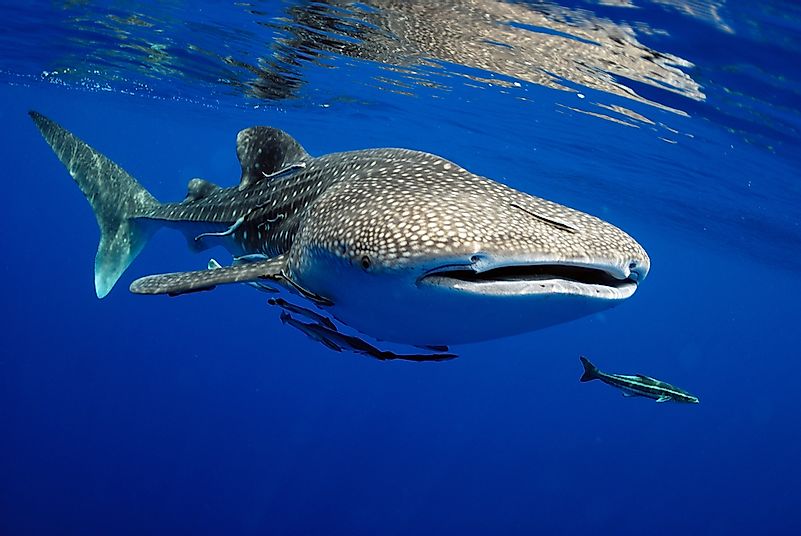 The black and white tip reef shark, nurse shark, and hammerhead shark are the common shark species that inhabit the Maldives. Sharks are generally not aggressive but can attack humans if they are mistaken for prey. They tend to have poor vision, but possess a strong sense of smell, and can detect injured victims from a distance. Divers are advised not to bait sharks by carrying fish or any other blood-scented animals into the water. 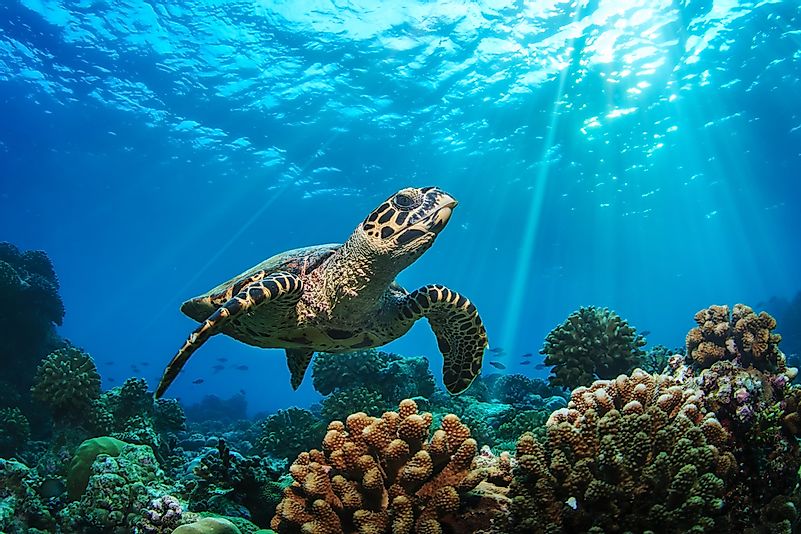 The four species of turtles that inhabit the Maldives are the Oliver Ridley, green, loggerhead, and hawksbill. Additionally, leatherback turtles are not permanent residents of the archipelago, but occasionally visit when not nesting. The turtle population has been in decline in the Maldives, and therefore they are rarely observed by snorkelers and divers. The government has since banned the capture and export of turtle shells in order to protect the endangered species. 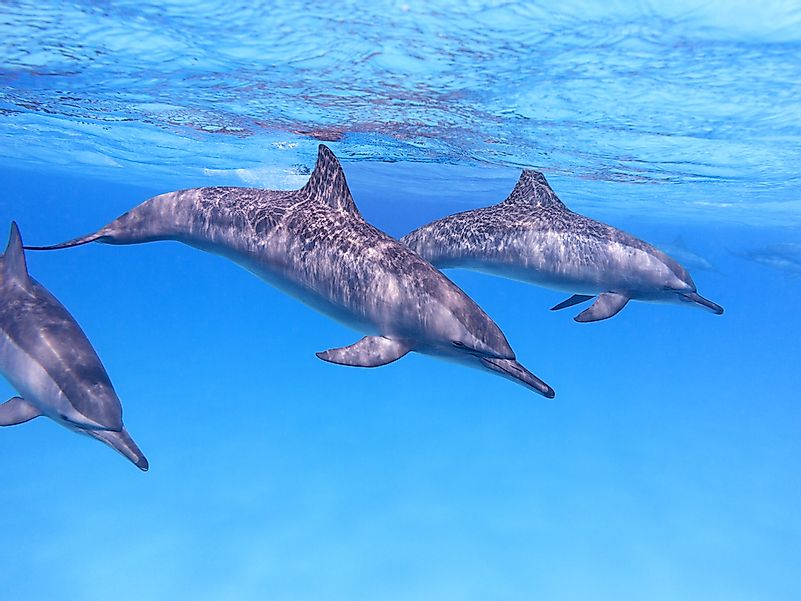 Whales and dolphins are the most abundant mammals in the Maldives, and can often be seen in the open ocean a few miles from the coastline. The bottlenose dolphin, spotted dolphin, Fraser’s dolphin, rough-toothed dolphin, and other species occasionally entertain visitors. The rarely seen pilot whale, melon-headed whale, Bryde’s whale, deraniyagala’s whale, and blue whale inhabit the deeper waters off the Malldives. 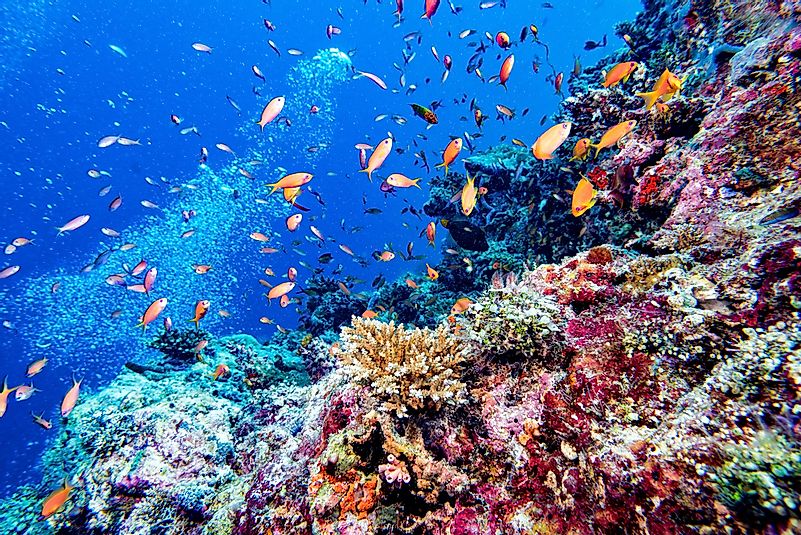 Several types of corals of different colors live in the reefs surrounding the Maldives. Despite government effort to protect the corals, bleaching caused by global warming remains the greatest challenge. Human interaction with corals is discouraged, not only because they are sharp and may result in injury, but tampering distorts their growth, which is a slow process. 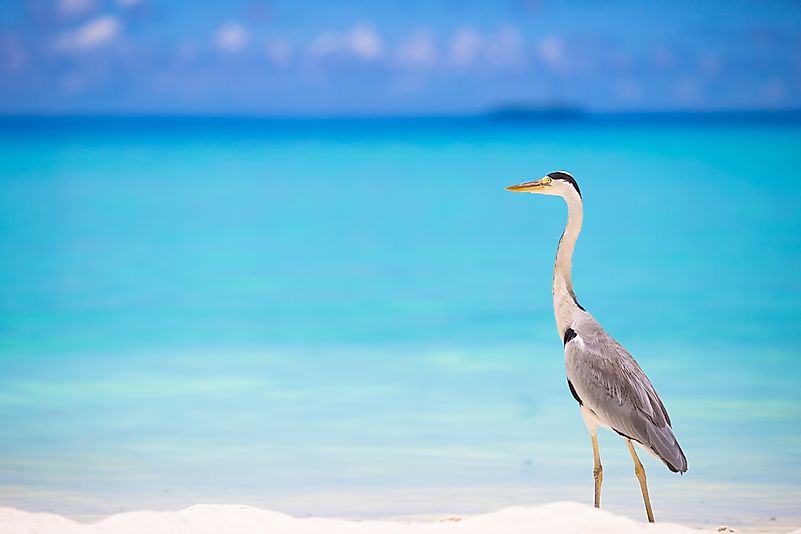 Birds in the Maldives includes both land-based birds and seabirds. Of the more than 100 bird species on the archipelago, there are approximately 36 seabirds, including the white tern and frigate bird. Birds such as the grey heron, plover, godwit, sandpiper, sparrow, shrike, dove, and pigeon inhabit the bushes and marshes of the atolls. The white-breasted waterhen is the official bird of the Maldives.

Fruit bats and flying foxes are the only bat species that live in the Maldives. They can be seen flying around resorts, especially at night. During the day, bats spend their time hanging from trees with their heads tucked inwards. Bats in the Maldives are among the few species that have managed to thrive alongside humans due to their ability to adapt to new environments.

This page was last updated on November 25, 2019.
By Victor Kiprop