Iraq is an Asian country located in western Asia. Its neighboring states are Jordan, Kuwait, Turkey, Iran, Syria, and Saudi Arabia. Iraq became a republic on July 14, 1958. Its capital and largest city is Baghdad. Although it is a war-torn country, Iraq is endowed with many unique animal species as discussed below; 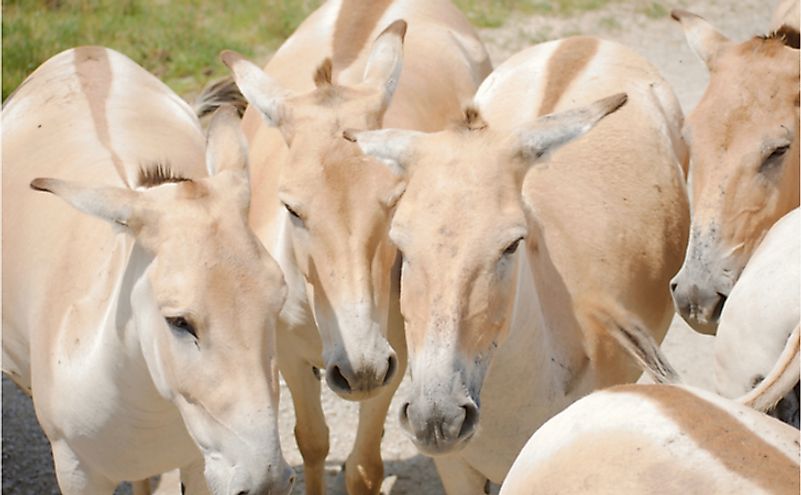 The Persian onager is scientifically called Equus heminous onager. It is also known as the Asiatic wild ass or the Persian wild ass. The onagers are the smallest in size in comparison to the four subspecies of the Asiatic wild ass. They have a pale sandy red coat, short tails, and weigh 200-260 kg. Male onagers are slightly larger than females. The Persian onagers live in the desert, semi-desert, and mountain steppes of Iraq. They feed on vegetation such as herbs, grasses, foliage, and bushes. The lifespan of an onager in the wild is reported to be approximately 40 years. 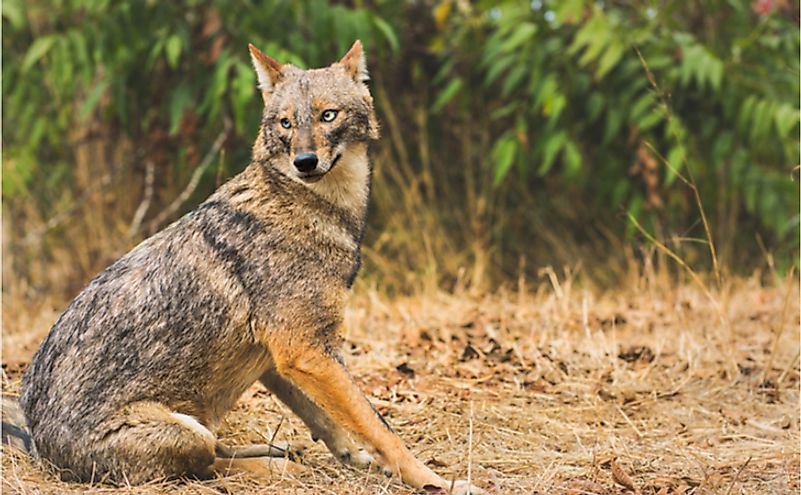 The Golden jackals are also known as the common jackal and scientifically called the Canis aureus. They are canine animals resembling coyotes which grow up to 70 to 85 cm lengthwise. The golden jackals also possess fluffy 25-cm-long tails and long ears. They weigh from 6 to 12 kg. Regarding their feeding habits, the jackals are omnivores, scavengers, and opportunistic eaters. Golden jackals mate for life with the females going through a gestation period is 57 to 70 days. They live for 10 to 12 years. 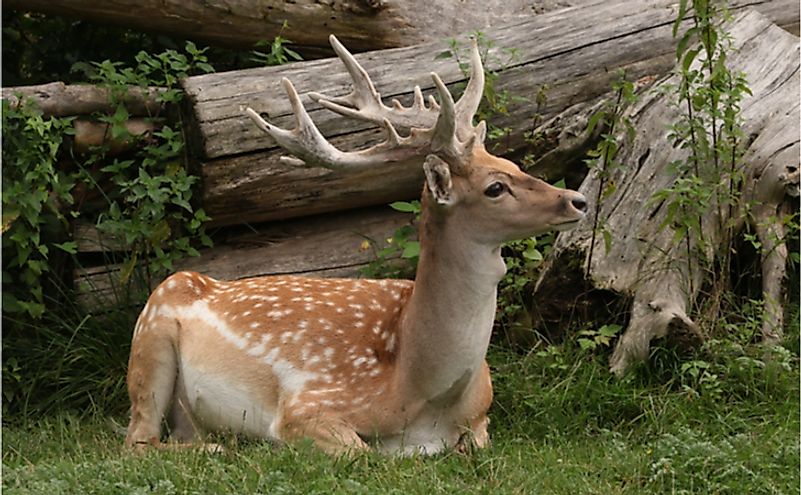 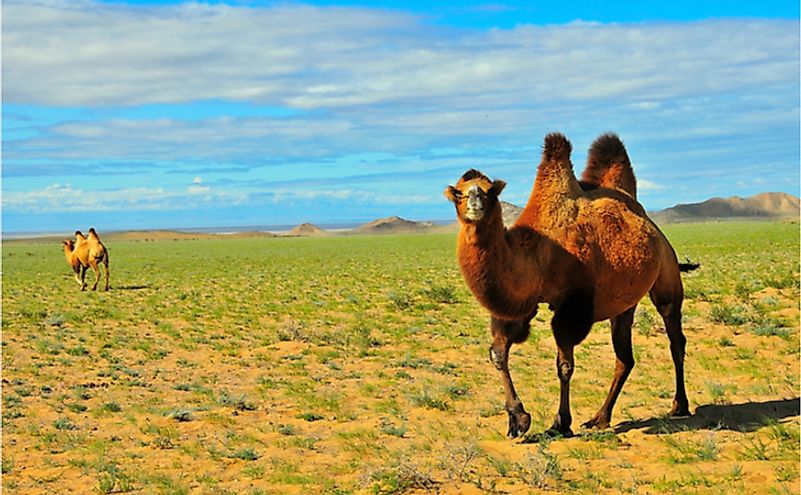 The Bactrian camel is scientifically known as Camelus bactrianus. It has been nicknamed “beast of burden” and “ship of the desert” due to its ability to transport luggage across the desert. These camels are mostly found in the desert prairies and steppes of Iraq in herds led by a male camel. Fully grown Bactrian camels weigh 600 to 1000 kg and grow as tall as 1.8 meters. They have long legs, big-lipped snouts, and two humps that are essential for food storage. Bactrian camels can drink up to 30 gallons of water at a go and survive for about six months without food and water. These animals have a lifespan of 18 years. 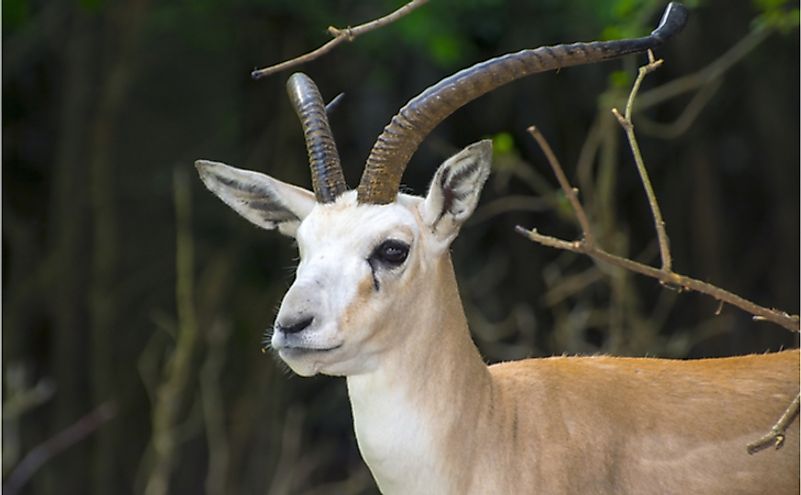 The goitered gazelle or black-tailed gazelle is scientifically called Gazella subgutturosa. Its name was coined from the goiter-like enlargement that appears on the throats of males during mating seasons. The goitered gazelles have brown fur, white bellies and patches of white on the face. Their tails are short and black. These gazelles inhabit grasslands, shrublands, mountain valleys, deserts, and semi-deserts of Iraq. They graze in groups and are polygamous. The life span of the goitered gazelles is 12 to 20 years. 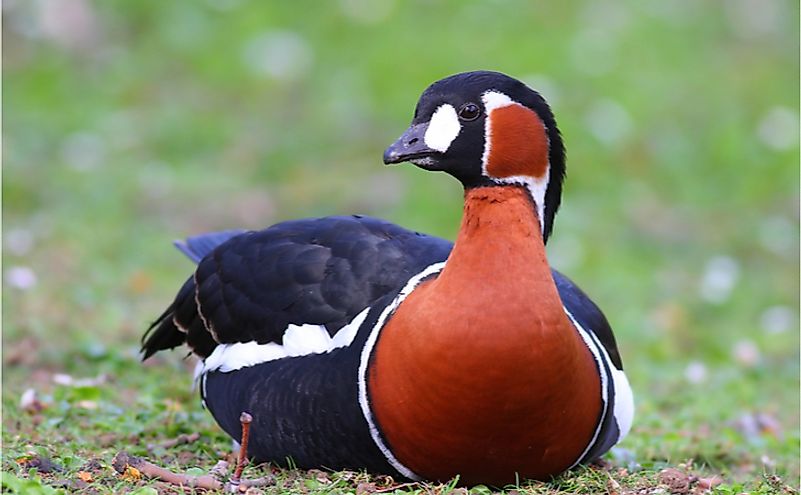 The Red-Breasted Goose is scientifically known as Branta ruficollis. It is black and white; with a conspicuous red breast, black forehead, and white stripes on the flanks. The bird inhabits the tundra and steppes in northern Iraq where it feeds on grass, leaves, stems, wheat, barley, and tubers. It is difficult to estimate the population of the Red-Breasted Goose due to its wide wintering range of almost 1.2 million square kilometers. However, their survival is threatened by water and air pollution, habitat loss, as well as predators such as foxes, hawks, and eagles.

The Caucasian squirrel is scientifically known as Sciurus anomalous. They are small tree squirrels with grayish brown to pale grey fur. They grow up to 32-36 cm in length and weigh 260-410 grams. Coniferous, mixed temperate oak, and pine forests are the preferred habitats for the Caucasian squirrels. However, they also inhabit rocks and crevices. They feed on nuts, seeds, buds, pine corn, and fruits. Caucasian squirrels breed twice a year and have a lifespan of 7 to 10 years.

The European hare is scientifically known as Lepus europaeus. They possess long ears, brown fur, and are very agile. This hare’s eyes are such that they can see a range of 360° without moving its head. The European hare are nocturnal herbivores that exhibit a polygamous way of life. Females give birth in dugout depressions in the ground to young ones who are weaned after only four weeks after birth. A fully grown European hare weighs 4 to 6 kg. The population of the European hare is on the decline due to poaching, sporting, and predation. It is also affected by diseases like coccidiosis, tularemia, and pasteurellosis.

The Indian crested porcupine is scientifically known as the Hystrix indica. It inhabits the rocky hillsides, forests, grasslands, and temperate scrublands of Iraq. These nocturnal rodents possess long and formidable quills of almost 16 inches for defense. Rattling sounds made by the porcupine indicates that it is angry. The Indian crested porcupines are herbivores feeding on grains, roots, and fruits. Porcupines are hunted for their meat and also face habitat degradation by encroaching population.

The wild goat is scientifically known as Capran aegagrus. They are native to the Zagros Mountains in Iraq which is home to about 250 different species of wild goats. The wild goats also inhabit forests, shrublands, and rocky areas and would entirely feed on vegetation. Hunting, poaching, and habitat loss are a big threat to the survival of the wild goats. As a result, the government of Iraq has created two protected areas for them namely the Peramagroon and Barzan Mountain. The lifespan of a wild goat is 10 to 16 years.

This page was last updated on December 3, 2019.
By Sharon Omondi