The Sea of Crete is a part of the Mediterranean Sea and also the southern extension of the Aegean Sea.

Iraklio (Heraklion) is its chief port, and from there regional ferries and hydrofoils serve all of the Greek Isles. 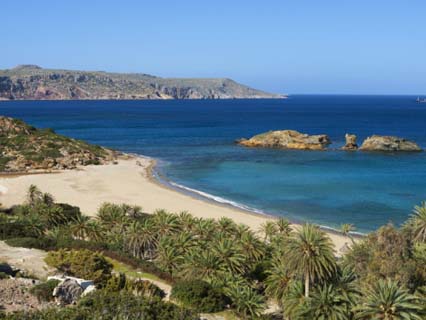 Vai Beach overlooking the Sea of Crete...
by Stuart Black
Buy This at Allposters.com