There is often confusion about Holland. Some people call the Netherlands, Holland, but it is not the same. Holland is only a small part of the Netherlands and like the Dakotas, Carolinas and Virginias, there are two.

Holland used to be an independent country. It had a "Count", its own coinage (until the 19th century), its own measuring units and time - but it gave up that independence in the 16th century, when it allied with the Northern and Southern Netherlands against the armies of the King of Spain whom at the time was officially the "Count of Holland" and ruled over this whole area.

The main reasons for war were religious differences, disputes over taxes and the fact that when some cities wanted to break free, the King's army was quite brutal to civilians.

Eventually the Southern Netherlands gave up the fight and stayed occupied by foreign forces until 1830. That area is now called Belgium. The Northern Netherlands fought on and won. Then, along with the counties (of Holland, Drente, Groningen, Friesland, Gelderland, Zeeland and Utrecht) becoming a free Republic, including the occupied regions of Brabant and Limburg.

All these counties (called provinces today, together with some new ones) are now called "The Kingdom of the Netherlands."

Today the province of Limburg still has a Governor and to say to someone from Limburg or Friesland that he or she is from Holland, is considered an insult. They are not! They consider themselves to be from the Netherlands. They even have their own language.

People from other Provinces (except North and South Holland) will perhaps not consider it a real insult, but still they're not from Holland.

In summary, Holland gave up its individual independence a very long time ago, so calling the Netherlands "Holland", is much like calling Great Britain "England." Wrong in both cases.

Map of the Netherlands 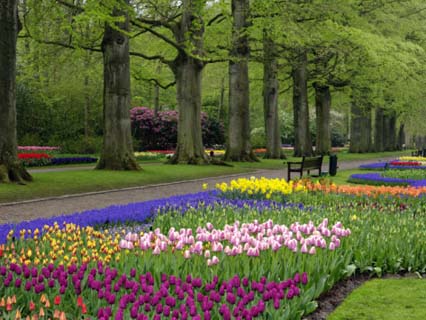