Approximately 285 mi (460 km) long, the Gulf of Finland is a somewhat shallow arm of the Baltic Sea. It's positioned in northern Europe and bordered by the countries of Estonia, Finland and Russia.

Though frozen from December through March, the gulf remains an important corridor for Estonian, Finish and Russian shipping. 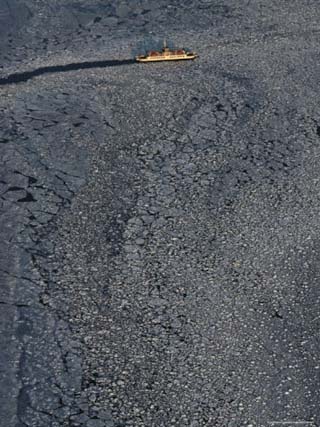 An aerial view of an icebreaker ship working in the Gulf of Finland...
by Jodi Cobb
Buy This at Allposters.com