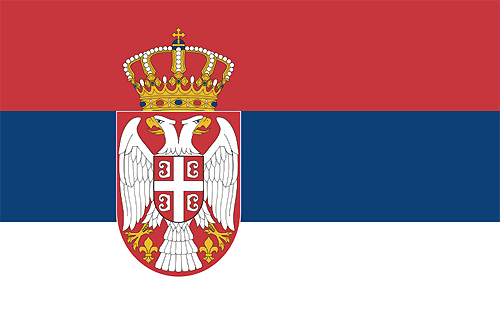 The flag of Serbia was officially adopted in November 2010.

It consists of the coat of arms against red, blue and white horizontal stripes, which are the same colors used throughout Serbia's history.

After joining the Kingdom of Yugoslavia, Serbia assumed the red, white and blue tri-color, and continued using it after the dissolution Yugoslavia.