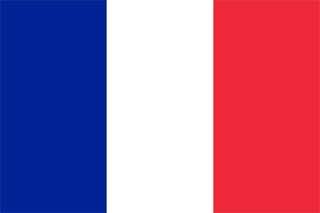 French Guiana is an overseas department of France, and therefore flies the flag of France.

The French national flag - the tricolore - consists of three vertical bands of equal width, displaying the country's national colors: blue, white and red. The blue band is positioned nearest the flag-staff, the white in the middle, and the red on the outside. 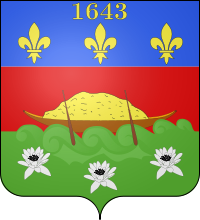 The Coat of arms of French Guiana shows a boat with oars carrying gold. The boat is positioned in an blue river with three silver Neuflar flowers. The heavily laden boat represents the richness that exists in the territory.

The top of the Coat of Arms has an azure strip with three golden lillies surrounded by the number 1643. The number 1643 refers to the year that French Guiana was incorporated into France.