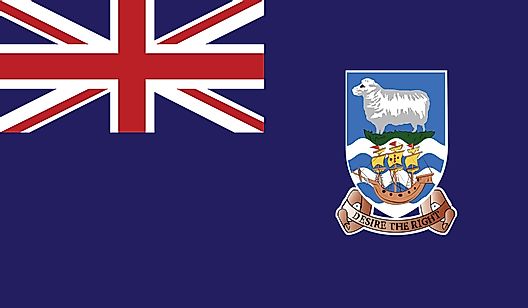 Captain John Davis, an English man-of-the-sea, sighted the Falklands in 1592. However, the first recorded landing by a British navigator occurred almost a century later when Captain John Strong came ashore in 1690.

In the early 1800's, numerous governments had a small presence, but none lasted. A few battles were fought to control the islands, but through it all the British prevailed, and finally asserted their long-standing claim. The islands were visited twice by Charles Darwin and today there is a small settlement there bearing his name.

The Falkland Islands would later play a small part in England's battle for supremacy of the high seas in both World Wars. In WWI, the British sunk a series of German military and transport ships coming through the area, and in WWII, the proud Falkland Islands donated 50,000 to the war effort.

As the British presence in the Falklands was reduced in the late 1970s, the Argentina military saw an opportunity, and subsequently invaded the islands on April 2, 1982. The British responded with an expeditionary force that landed seven weeks later and after fierce fighting forced Argentina to surrender on June 14, 1982.

Argentina, which has historically claimed the islands, agreed in 1995 to no longer seek them by military force, and even today, the UK firmly rejects Argentina's requests for sovereignty talks.

The economy here was once based on the raising of sheep for wool, but as that market declined worldwide, offshore fishing and oil exploration are now the major factors in its economy, and both have helped improve the overall standard of living.

The current population is mostly of British descent, and for the most part they live in and around Stanley. There are a few hardy (some say fortunate) souls living on picturesque family farms that dot the outer islands. Travelers love this place, and so did we, but tourist fans of the Falklands are few and far between when you consider the isolated location of this beautiful place.