These easy-on-the-eyes islands, fifteen in all, were named after Captain Cook, the famed British explorer, who sailed through them in 1773.

Long a British protectorate, in 1900 the administrative control of the islands was transferred to New Zealand. Today, even though self-governing, the Cook Islands are in a somewhat dependent association with New Zealand regarding defense and other external issues.

The local subsistence economy is subsidized by limited exports of agricultural products, and by foreign aid, mostly from New Zealand. Tourism is on a steady growth rate, however, the island's isolated location limits that growth.

For additional info about the Cook Islands, and their most interesting history, go here.

The Cook Islands are geographically divided into the North and South groups. The northern islands are mostly low-lying coral atolls, while the southern group generally consists of higher islands, volcanic in origin.

The lush green island of Rarotonga, ringed by white-sand beaches, and the stunning coral atoll of Aitutaki (with its blue lagoon), epitomize the beauty of the Cook Islands, and for that matter, all of Polynesia.

ATTRACTIONS: (a few major)
The untouched charm of the Cook Islands draws in nearly 100,000 visitors annually.

For some the islands are a reminder of what the U.S. state ofHawaii was before its statehood, due to the lack of large tourist hotels and other development within the Cook Island archipelago, and is sometimes referred to as "Hawaii down under" .

Despite the more subdued accommodations there are no shortage of things to do and see, especially on the island of Rarotonga.

Known for its striking blue lagoons and sandy beaches, Rarotonga is the more popular destination of choice within the Cook Islands, and offers entertainment by way of cultural shows and dances, markets to shop around, fabulous local cuisine to dine on, and numerous safari tours.

The Cook Islands enjoy tropical conditions throughout the year, with gentle trade winds tempering the heat and humidity.

Daily highs near 80°F (26°C) are common throughout the year. 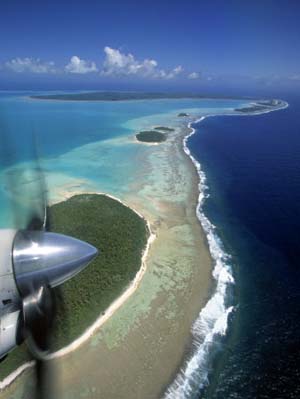 Aitutaki, Cook Islands...
by Walter Bibikow
Buy This at Allposters.com 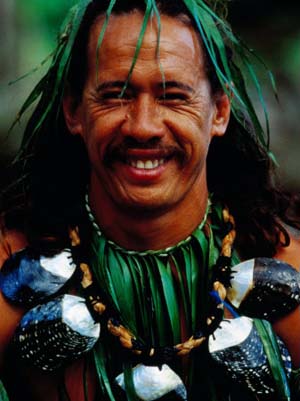 A traditional dancer...
by Jean-Bernard Carillet
Buy This at Allposters.com 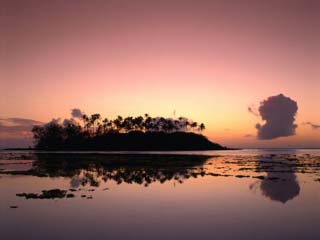 Dawn sky over Muri Lagoon...
by Manfred Gottschalk
Buy This at Allposters.com 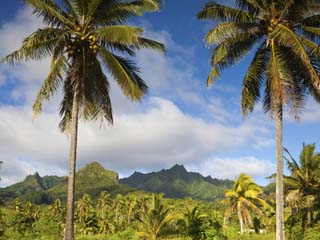 Rarotonga, Cook Islands...
by Doug Pearson
Buy This at Allposters.com