The Polynesians first settled American Samoa and its small group of islands some 3,000 years ago. In 1722 they were discovered by Jacob Roggeveen, a Dutch explorer.

While there is a strong American influence in the islands, American Samoans proudly retain their cultural heritage.

The local economy revolves around the long-established fishing industry, U.S. government jobs, and the ever increasing tourism business.

Samoa, a neighboring independent country, shares the same culture, and much of the same history.

As an unorganized U.S. territory, and in fact, the only U.S. territory located south of the Equator, American Samoa's flag is symbolic of that association, as it features the red, white and blue of the U.S. Stars and Stripes, as well as an American bald eagle.

Located in the South Pacific Ocean, American Samoa is made up of 5 main islands, and 2 coral atolls.

These rugged islands (fringed by reefs) have narrow coastal plains, and all are volcanic in origin.

ATTRACTIONS: (a few major)
The beautiful city of Pago Pago (the capital) has a magnificent harbor ringed by densely forested mountains. The outer islands are widely considered some of the most beautiful in the South Pacific.

Tropical conditions throughout the year with two distinct seasons.

During the rainy season (December to April), temps rise to 90 degrees and heavy rainfall on a daily basis is the norm. Hot temperatures are usually moderated by the Pacific Ocean trade winds.

May through November is cooler and drier with highs in the 80s. Evenings are cool and often breezy. 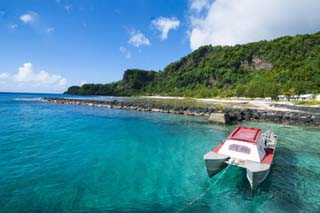 Tau Island...
by Michael Runkel
Buy This at Allposters.com 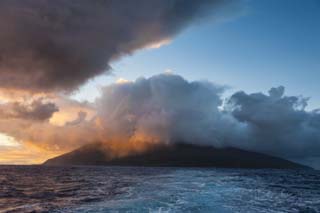 Sunrise over Tau...
by Michael Runkel
Buy This at Allposters.com 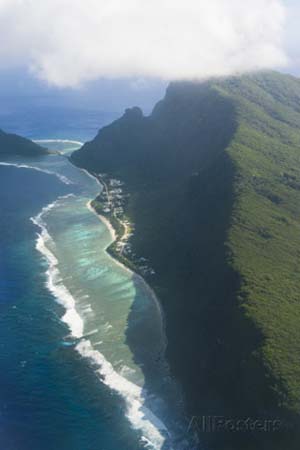 Aerial of Ofu Island...
by Michael Runkel
Buy This at Allposters.com 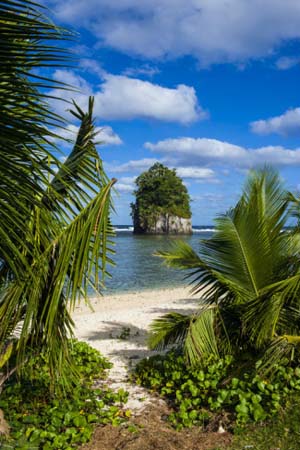 Coconut Point on Tutuila Island...
by Michael Runkel
Buy This at Allposters.com