Maryland's state capitol of Annapolis is home to approximately 35,000 residents, many of whom work for the US Government or the Naval Academy. The city sits on the shores of Chesapeake Bay south of Baltimore and just 30 miles east of Washington, DC. Annapolis is known for its many impressive historical achievements.

Named to honor the future Queen Anne, "Anne's City" was invested with its charter in 1708. The Maryland State House is the oldest legislative building still in use in the United States. The Treaty of Paris was ratified in the state house, formally ending the American Revolutionary War and making Annapolis the first peacetime capitol.

Home of the United States Navel Academy, this Atlantic seaport city has over 500 miles of shore. Walking and cruise tours are available to explore the coastline. The City Dock is located in the heart of the historic district and bustles with pleasure craft, fishing boats and the Market House.

The beautiful Maryland waterfront is popular with sailors and boat motorists. Annapolis is home to a thriving theatre community. Playhouses put on a wide variety of shows year round, many of which can be viewed outdoors and for free.

See our Chicago map to pinpoint some great things to you on your Illinois vacation! 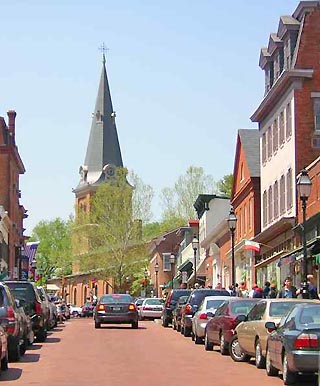