The Nelson is a river of north-central North America in the Canadian province of Manitoba. It was named to honor Robert Nelson, a Welsh sailor.

The river's huge discharge volume and dramatic slope makes it useful for generating hydroelectricity. Subsequently, flooding caused by damming of the river has provoked bitter disputes with First Nations people, and a financial settlement was reached in the 1970s. 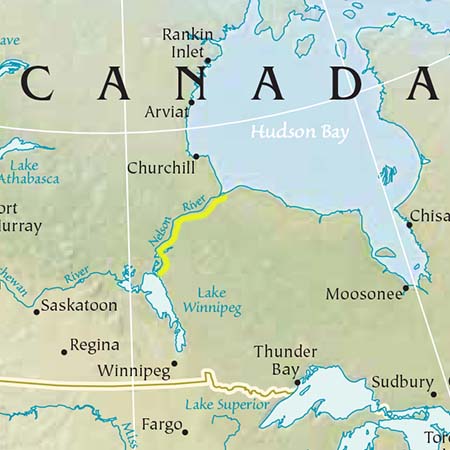 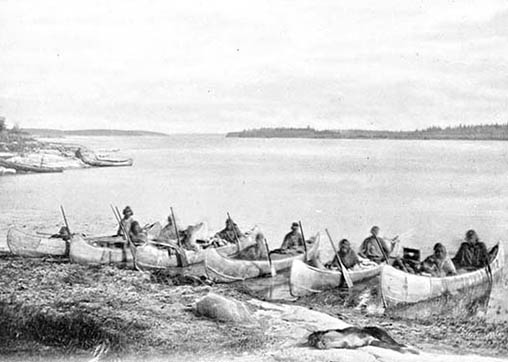 First Peoples on the Nelson River, 1878.