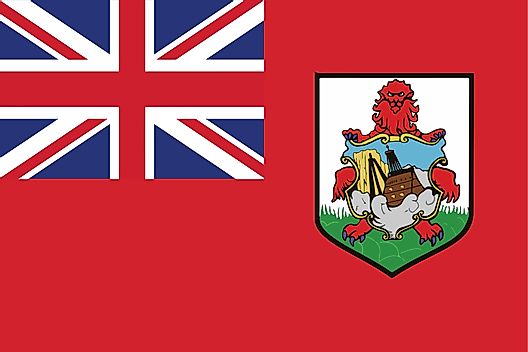 Bermuda, generally referred to as a singular territory, actually consists of 138 islands. The eight largest islands are connected by bridges and causeways and form a fishhook-shaped landmass, stretching 22 miles in length and about a mile across. Of all the other small islands, only about a dozen are inhabited.

All the islands are volcanic in origin, originating from a mountain mass that rose from the sea floor millions of years ago. The highest point is a hill only 76 m, (249 ft) high.

The land is generally flat, rising to low hills separated by depressions. The land in these depressions is very fertile and home to most of the agricultural production in Bermuda. The layers of limestone are covered with a red soil, high in iron, low in magnesium.

Although there are no freshwater lakes or rivers in Bermuda, the area is lush and green, due to the consistently high levels of rain.

Bermuda is one of the most northerly places where coral is found. The reefs, which protect the limestone coastlines from erosion, are protected by law. The reefs are very healthy and are biological hot spots, supporting a diversity of marine life. 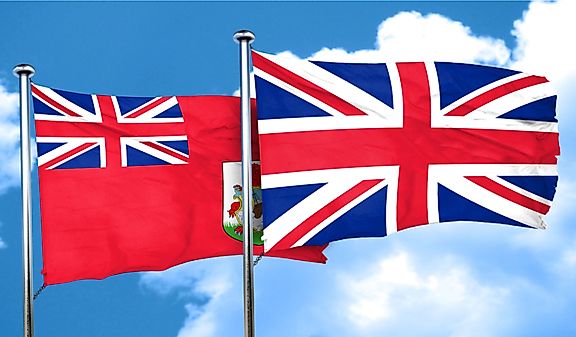 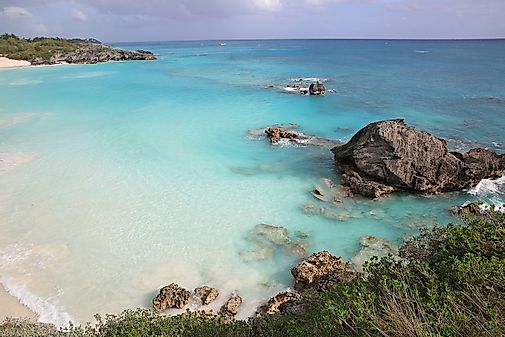 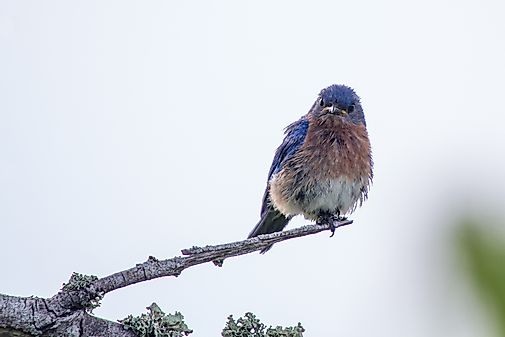