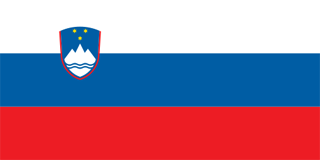 The Slovenia flag was officially adopted on June 24, 1991.

Red, white and blue are traditional Pan-Slavic colors, and the Slovenian coat of arms rests in the upper left corner. 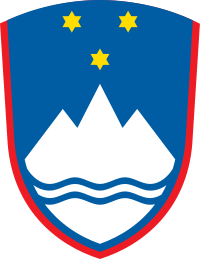 The coat of arms of Slovenia is composed of a blue shield bordered in red, and was adopted in 1991.

Mount Triglav is depicted in white, with the sea and rivers flowing underneath. At the top three golden stars, carried over from the count of Celje coat of arms, form a triangle.