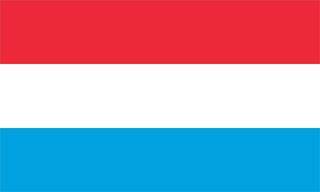 Luxembourg's flag was officially adopted in 1972, although it has been used since 1848.

The flag uses a combination of red, white and blue colors that date to the 13th century. 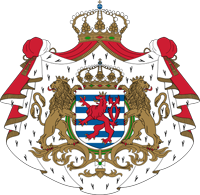 Surrounding the shield and lions is a royal mantling, crowned with a heraldic royal crown.