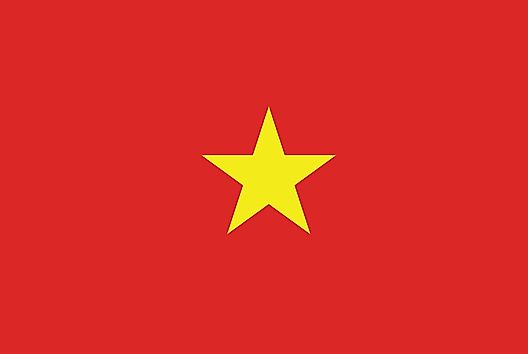 The ancient origins of Vietnam's literature, language and culture, and the country itself, began in the north along the fringes of the Red River Delta. 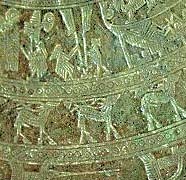 The legendary Hong Bang Dynasty, the first ruling state of Vietnam, popped up around 2879 BC, and the development of wet rice cultivation and bronze casting led to the formation of the Dong Sun culture some 800 years later.

Incorporated into the Chinese Han Dynasty by 111 BC, Vietnam remained under their ruling for the next thousand years, until 938 AD when Ngo Quyen defeated the Chinese forces, and the nation gained their independence.

Under the Ly and Tran Dynasties, Buddhism flourished and Vietnam experienced a golden age. As the Mongols rampaged through much of Asia, Vietnam successfully repelled their advances.

The country expanded its borders between the 11th and 18th centuries, ultimately conquering part of the Khmer Empire and the kingdom of Champa. 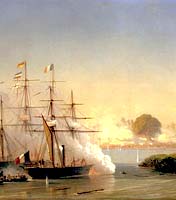 Civil unrest consumed the nation from the 16th century onwards, and through it their independence gradually deteriorated. By the 19th century, following a series of military conquests, Vietnam was integrated into French Indochina, and the French colonial period began.

The French maintained complete authority until Vietnam was able to finally restore their independence at the end of World War II; however, France continued its control until soundly defeated by Ho Chi Minh's Communist forces in 1954 during the First Indochina War.

Shortly thereafter, based on the Geneva Accord, Vietnam was divided into two parts; the Communist North and the anti-Communist South. U.S. economic and military aid to South Vietnam began to grow and serious conflict was on the horizon. 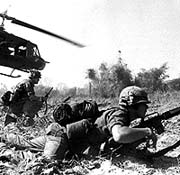 After thousands upon thousands died on both sides, and billions were spent in military expenditures, this sad, tragic war finally ended on April 30, 1975.

Two years later the remains of the South's army fell, and Saigon, the capital of South Vietnam, was renamed Ho Chi Minh City, and North and South joined together as one.

For the next few decades, Vietnam, demoralized by the affects of war, remained economically stagnant. 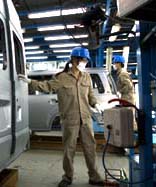 Unhappy with the country's lack of progress, reformist politicians set out to replace the government with new leadership in 1986.

A series of free-market reforms were implemented, designed to make Vietnam more competitive in the 21st Century, and by all accounts, it's working.

A visually stunning country overflowing with interesting things to see and do, Vietnam accommodates over three million international tourists annually.

Saigon, Hanoi, the coastal regions of Nha Trang and Ha Long Bay, as well as the Marble Mountains are popular destinations.