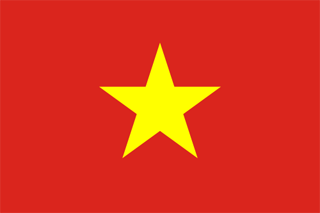 The flag of Vietnam was officially adopted on November 30, 1955.

The gold five-pointed star symbolizes the five groups of workers in the building of socialism (intellectuals, peasants, soldiers, workers and youths), while the red symbolizes bloodshed, and the revolutionary struggle. 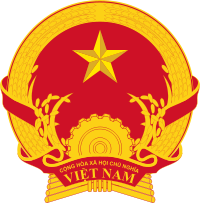 The national emblem of Vietnam was adopted on November 30, 1955, and features a circular red background and yellow star representing the Communist Party of Vietnam. A cog wheel makes up the border, and crops (representing agriculture and industrial labor) make up the base.